A More Realistic Take On The 10 Commandments 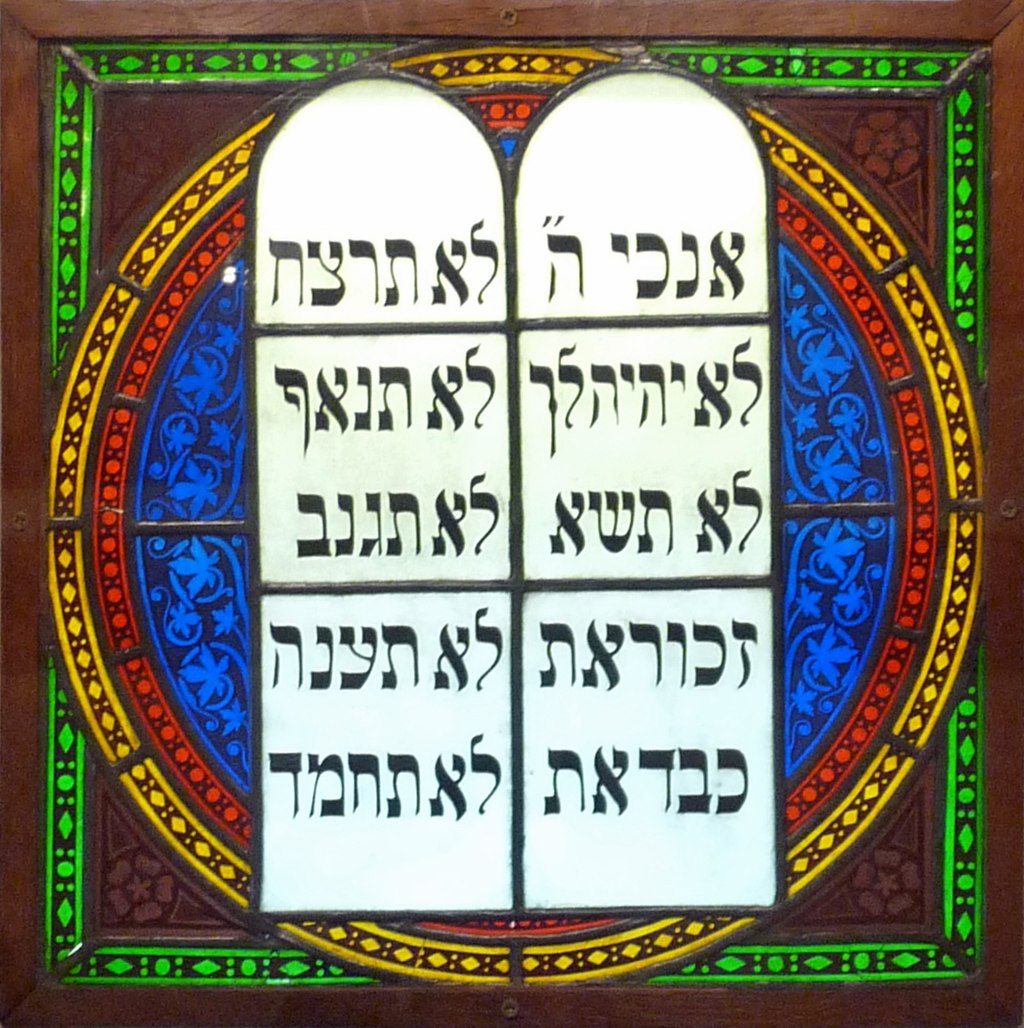 Note: Whenever I quote the bible I’m quoting the New International Version.

1. “You shall have no other Gods before me.”

No, it’s not, and two sentences later the author of Exodus makes that clear. Here’s Yahweh’s reasoning for why He only wants you to worship him: “You shall not bow down to them or worship them; for I, the LORD your God, am a jealous God, punishing the children for the sin of the fathers to the third and fourth generation of those who hate me, but showing love to a thousand generations of those who love me and keep my commandments.” Why should you only worship Yahweh? Because he’s jealous of the other gods. Not because he’s the only god.

More importantly, if you don’t worship him he’ll torment you and all your descendants. Don’t overlook the significance of the Jewish tribal leaders who wrote the Ten Commandments threatening their tax-payers’ family. In near prehistoric times (and especially for nomads) family life was all you had. Your family was absolutely everything. To threaten an ancient Jew’s family was a billion times harsher of a threat than to threaten a modern American’s family. Think about how serious that is. That’s how seriously the Jewish religious leaders wanted control.

2. “You shall not make for yourself an idol in the form of anything in heaven above or on the earth beneath or in the waters below.”

3. “You shall not misuse the name of the LORD your God, for the LORD will not hold anyone guiltless who misuses his name.”

Let’s simplify things, every time you see the word LORD, replace it with GOVERNMENT, because LORD is GOVERNMENT in the time and place were talking about. So this commandment is really saying, “You will not question the government or you will be punished.”

4. “Remember the Sabbath day by keeping it holy.”

The military has an ingenious way of indoctrinating its members. When soldiers walk outside they have to put their hat on. When they walk inside they have to take their hat off. The reasoning for that rule isn’t to keep the sun out of soldiers’ eyes or to keep them from looking tacky inside. This rule exists because it prevents soldiers from forgetting that they belong to the military, and it forces them to police each other. The Sabbath works the same way. It’s a weekly reminder never to forget that your theocracy rules your life. Other than that, it serves absolutely no productive purpose.

5. “Honor your father and your mother so that you may live long in the land the LORD your God is giving you.”

This commandment is written in Exodus 20:12. Exodus 21:17 says, “Anyone who curses their father or mother is to be put to death.”

Deuteronomy 21:18-21 says, “If a man has a stubborn a rebellious son who will not obey the voice of his father or the voice of his mother, and, though they discipline him, will not listen to them, then his father and his mother shall take hold of him and bring him out to the elders of his city at the gate of the place where he lives, and they shall say to the elders of the city, ‘This our son is stubborn and rebellious; he will not obey our voice; he is a glutton and a drunkard.’ Then all the men of the city shall stone him to death with stones.”

This commandment establishes the elder’s power over the young. It also justifies and indoctrinates the cultural values the Jews were already practicing.

This is the first commandment that lays down a functional civil law, and what civil law is more important than not killing each other? If any group of people were to sit down and come up with laws for society, this is the first law they would all come up with first. In fact, other governments around the world have come to the same conclusion without Yahweh’s divine inspiration. It’s certain this law existed in Jewish culture before the person who wrote the Ten Commandments was born..

7. “You shall not commit adultery.”

Biblical marriage law is based on the premise that men buy their wives from their father in-laws, and women are property to be owned and controlled completely by their husband. That means adultery is equivalent to stealing property. That’s why forbiding adultery was so important to the authors of the Ten Commandments that he had to put it in the top 10 list.

This is another rule that makes good civic sense. It doesn’t take God to come up with this rule, and it was almost certainly around long before the Ten Commandments. Why else would the Hebrew language have the word “steal?” Or do you believe that word wasn’t invented until Yahweh revealed to the Jewish leaders that stealing was wrong?

9. “You shall not give false testimony against your neighbor.”

In Jewish culture at the time, your personal reputation and your family’s reputation basically determined your status in society. That’s why preserving peoples’ reputations was one of the top ten priorities of the authors of The Ten Commandments This law reveals yet again that the Ten Commandments are culturally, as opposed to divinely, inspired.

But that’s beside the real point of the commandment. Why was this commandment necessary? Commandment #8 already said not to steal. So if you’re not going to steal then what’s wrong with just wanting stuff? Because people who don’t want a better life are easiest to control.

This entry was posted on Thursday, October 29th, 2009 at 1:42 am and tagged with bible commandments, bible ethics, christian culture, christian ethics, don't respect 10 commandments, secular ethics, The Bible is Mythology, tian mythology, toxic christianity and posted in The Bible is Mythology. You can follow any responses to this entry through the RSS 2.0 feed.
« How To Go Down On A Girl
Traditional Christian Values Are Neither Christian or Traditional »

One response to “A More Realistic Take On The 10 Commandments”