Do Agnostics Ask, “Why Is God So Cruel?” 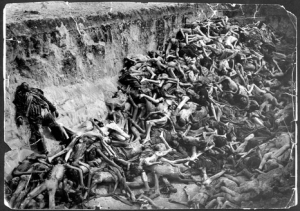 As an agnostic, I find enough evidence in the physical universe to leave a reasonable doubt that some force may exist somewhere out there that fits some definition of the word, God. This leaves me in a position to wonder why a God, even a vaguely defined, theoretical one, would allow so much suffering in the world it created.

I’ve heard high school aged anti-theists say they don’t believe in God because no God would be as cruel as the one in the Bible. This is a logical fallacy. I’m convinced that all the religions invented by our ancestors are mythologies that have stayed on the shelf past their expiration date. Any stories of God murdering “His” chosen people’s enemies are just more evidence religion is mythology.

It could be true that God exists and religion is mythology. It could also be true that God is just cruel. The existence of pain and suffering in the real world doesn’t mean there is no God. Whether or not you like something has no bearing on whether or not it’s true. If God is cruel though, it brings us back to the question, why does God allow child cancer, abject poverty, and war crimes to exist?

Personally, I find it hard to resent the theoretical creator of the universe for all the suffering in the world, because if God is truly omnipotent and omniscient, then that means God knows and experiences everything that happens. If that’s true, then God has experienced every drop of pain that has ever happened: every shooting, every beating, every disease, every tear.

If that’s true, then God hasn’t just experienced every instance of human pain. God has experienced it for every other living thing to ever exist. If God was looking through the eyes of every animal that ever got torn to shreds, then the question, “Why does God let bad things happen?” becomes, “Why would God go through all the pain in the universe to bring us here in the first place?”

The same concept might also be a little bit true even if there is no God. If the universe is all that exists, then life is the universe incarnate. Our blood and tears are the universe’s. So why would the universe sublimate life, if it meant damning itself to every ounce of pain that has or will ever exist?

The thing about questions is, God doesn’t answer them. The only way humans have ever gotten any answers to any questions is by studying the data they have and asking themselves the questions.

I don’t know how or why the universe was created the way it was. All I can do is look at what’s here and try to connect some dots. I know in this universe, there exists elegance in nature, consciousness, pain, and happiness. I know I value my life, and I was born with the ability to hope, love, want, cry, play, create, and above all, be.

So immediately, I have to give credit where credit is due. I couldn’t say any of that without existing in God’s Matrix in the first place. So any whining I do is from an ivory tower. Even though humans have experienced unspeakable misery on this planet, we were given the tools to make life better. We were given hands, eyes, bi-pedal legs, opposable thumbs, and most importantly, brains more powerful than any supercomputer.  We were not left alone to die in the rain. We were given everything we need to create a world where joy eclipses sorrow. We’ve just chosen to use our gifts to hurt each other. So when I see pictures of corpses of children riddled with bullets, I feel ashamed to blame the same higher power that gave us everything we need to end those atrocities.

It doesn’t take a psychologist to figure out joy is relative to pain, or a poet to observe that “the summer would not be so sweet were it not for the winter.” The bigger question is, is the cumulative pain of every living creature in history worth the joy of existence? If the math didn’t add up, I couldn’t imagine life would exist in a universe as mathematical as ours.

There’s nothing illogical about how this universe operates. If things like death, suffering and quantum physics seem illogical to us, it’s just because the universe is smarter than us. We can’t answer the question, “Why would God be so cruel?” because we don’t know shit about shit. One thing we do know about the universe is it operates according to brilliantly logical mathematical equations that create perfectly operating universe’s, planets, atoms and subatomic particles. So, if all that stuff is working so brilliantly, and suffering is part of that design, then maybe suffering is as necessary as gravity.

This entry was posted on Wednesday, October 11th, 2017 at 3:54 pm and tagged with agnostic, agnostic beliefs, agnostic meaning of life, agnostic questions, Agnosticism, does god hate us, god is mean, is god cruel, life without religion, meaning without god, purpose without god and posted in Agnosticism. You can follow any responses to this entry through the RSS 2.0 feed.
« Do Agnostics Fear Death?
Do Agnostics Believe In Intelligent Design? »

2 responses to “Do Agnostics Ask, “Why Is God So Cruel?””