Why I’m a pompous, close-minded hypocrite who overgeneralizes things

Why I’m a pompous hypocrite

Most of my blogs criticize the flaws of modern society, and you can’t criticize society without criticizing people. So I point out a lot of flaws in a lot of people. This raises the question, what makes me so great and gives me the moral high ground to criticize other people?

Nothing. I have as many flaws as anyone, if not more. I just don’t care whether or not I have room to talk because I believe that saying what I have to say is more important than not being a little hypocritical. I would even make a categorical imperative of this behavior.

There have been times in my life when I’ve refused to listen to other people’s points of view, like when I was a Christian and refused to question the divinity of Jesus and the Bible. I was also close-minded when I was enlisted in the military, and I automatically dismissed any criticism of the military’s mission, customs, and leadership. But eventually, I explored and challenged my own beliefs and admitted their flaws and moved on.

Now I find myself preaching to people I used to be like. A lot of the times, when they fail to convert me back to their way of thinking, they call me close-minded. If someone doesn’t agree with you, that indicates a possibility they might be close-minded, but you can’t just call anyone who disagrees with you closed-minded. The more you do that, the more it indicates you’re probably the more close-minded one.

I may not agree with you on a few things, but I’ve deleted posts that other people have convinced me were flawed. I’ve revised blogs where people have successfully poked holes in my logic, and I’ve admitted defeat to several people… who backed up their arguments with solid evidence.

Why I over-generalize things

It’s impossible to talk about anything without over generalizing. If I told you the sky was blue, you could say, “Not at night.” You’d be correct that I over generalized my statement about the sky, but I’d still be right that the sky is blue. If we took the time to explain all the exceptions to every statement we ever made we’d only be able to make 10 statements in our entire life. So I’ve decided to just overgeneralize and assume my readers have the common sense to consider the obvious exceptions themselves. 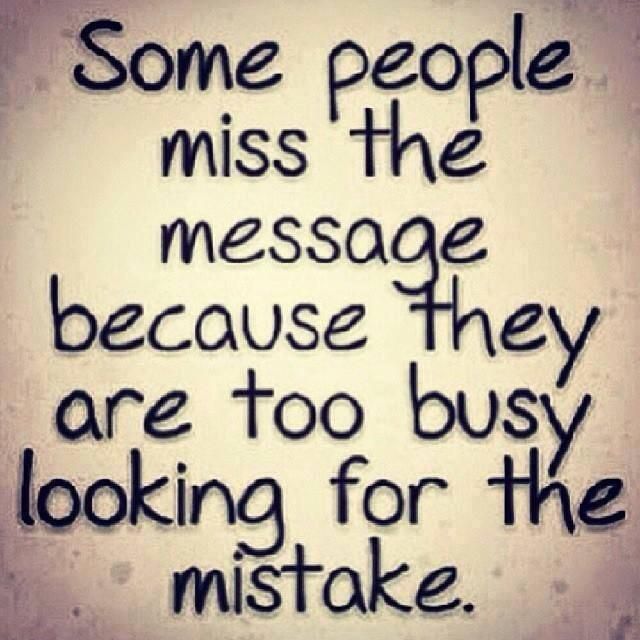 I don’t write editorials to stroke my own ego and prove conclusively how wonderful, smart and right I am. I write in a genuine attempt to understand this wonderful, painful, surreal world we’ve all found our selves stranded in. I’m going to keep trying to figure it out, and I’m going to keep revising my answers. In the meantime, I know people are going to keep accusing me of being a pompous, close-minded hypocrite, but I can live with that.

This entry was posted on Friday, October 30th, 2009 at 1:09 pm and tagged with arguing, disclaimers, explanation of intent, meta post and posted in My goals. You can follow any responses to this entry through the RSS 2.0 feed.
« The Economy Needs A Love Stimuls
Demotivational Inspiration For Work »

One response to “Why I’m a pompous, close-minded hypocrite who overgeneralizes things”