10 Tips To Being A Better Christian Witness On The Internet 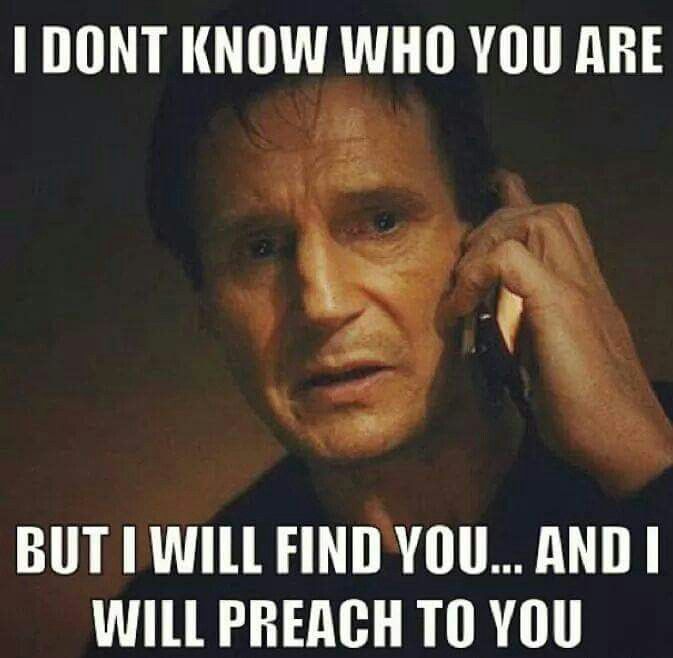 It’s mind-boggling that this even has to be pointed out, but being mean isn’t going to convince anybody to join your group or accept your ideology. It’s going to accomplish the opposite. It’s going to build resentment for your group and close people’s minds to your message.

Before the invention of the internet, you might have been able to defend Christianity without going to seminary. However, with the amount of information freely available to anyone able to type a keyword into a search engine, every twelve-year-old can argue on a doctoral degree. Then again, you never know who you’re talking to on the Internet. There are a lot of atheists who understand the Bible better than a lot of Christians. It doesn’t take many apologetic mistakes to destroy your witness. So if you’re going to profess your beliefs on an open forum, you’d better know what you’re talking about or you’re going to get torn to shreds and the only thing you’ll convince anybody of is that Christians don’t even understand their own religion.

3. Pick and choose your battles.

4. Understand the difference between arguing the existence of God and the validity of the Bible as God’s word.

Even though there’s no difference to you, there is to everyone else. Proving the Bible is true would prove that God exists, but proving God exists wouldn’t necessarily prove the Bible is true. At any rate, you can’t prove God exists using the scientific method, which is the atheist’s measuring stick for truth. So theological debates about the existence of God are practically guaranteed to be a waste of time. Focus on studying and sharing the Bible instead, but don’t try to use the Bible as proof that God exists. Regardless of what you believe, it won’t work.

This is the age of Twitter and 5 minute YouTube videos. The only thing that moves faster than life is information. Very few people read long articles. If you want to convince somebody of something you need to do it quickly and poignantly. Posting huge articles is a waste of everybody’s time. Plus, when somebody with a handle like “SilverSurferExtreme1989” posts a doctoral level essay it’s obvious that he plagiarized it. That means he doesn’t know enough to hold a conversation on his own, and he’s lying by passively taking credit for someone else’s work. For both reasons, he’s not worth listening to.

6. Use proper grammar, and ditch the emoticons.

Imagine if an atheist came up to you and shouted in your face, “IF YOU WON’T STOP BELIEVING IN GOD THEN FUCK YOU.” That might have even happened to you before. If it did, how did it make you feel? Did it change your mind or close it to their message? Because when you tell nonbelievers they’re going to Hell, all they hear is, “I represent a hateful ideology that you need to stay as far away from as possible.”

While your enthusiasm and courage are bound to impress the choir, it does absolutely nothing for unbelievers. To them it just makes you look like a fanatic who has nothing of substance to relate. This kind of witnessing will only push people farther away.

9. If you don’t have an answer to a tough question, don’t tell people, “You just have to have faith.”

10. Don’t tell people to read the Bible or pray to God for answers.

If a Muslim told you to read the Koran or pray to Allah, would that convert you? No. Absolutely, positively not. Non-Christians aren’t going to go to the Bible or God for answers. They’re going to go to you. It’s your responsibility to provide them with guidance. If you need to tell people to read the Bible or pray to God you may as well just tell them, “There’s no point in listening to me because I don’t know what I’m talking about, and my ideology isn’t even important enough to me to take the time to understand.”

This entry was posted on Monday, November 23rd, 2009 at 1:00 am and tagged with christian witnessing, great commission bible, how to talk to atheists, online communication, preaching crhistianity and posted in Preaching, Witnessing and Arguing with Christians. You can follow any responses to this entry through the RSS 2.0 feed.
« 8 Simple Formula Plot Templates
6 Reasons Not To Let Your children Read/Watch Twilight »