What do you do if you can’t know the meaning of life? 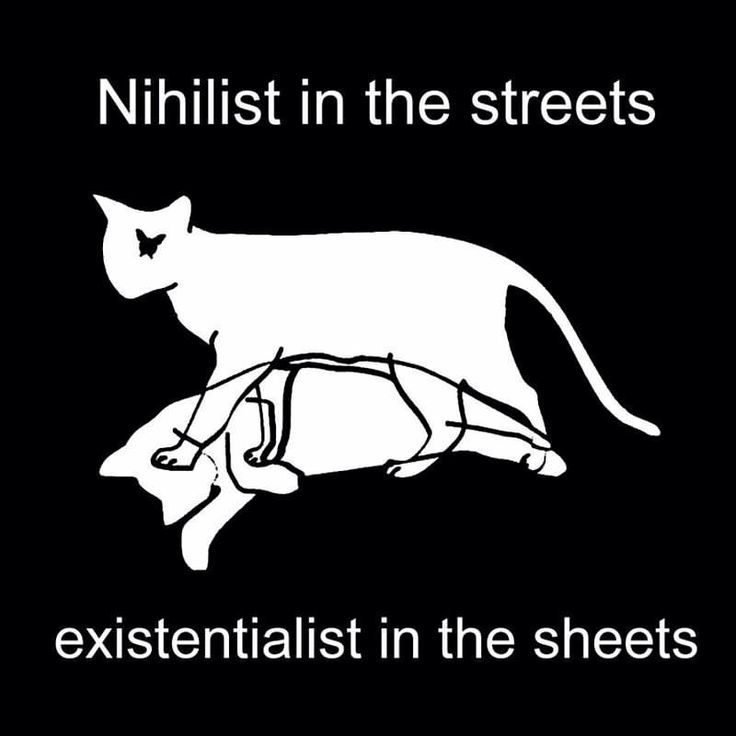 Even if God exists, He’s left us to stand or fall on our own. Since we’re not living with God in any practical sense, then for all practical purposes, there is no God.

This isn’t a comforting idea except in the sense that we don’t have to fear being punished by a psychopathic tribal God who sets flippant and unachievable demands on His own children only to torture them for eternity for losing at a game He set them up to fail at and that only took a few moments to play and that they didn’t even agree to play in the first place. Aside from than that great relief, it’s frightening not to have a coddling parent to wipe our asses for us, but if that’s the conclusion the evidence points to then that’s the reality of the situation, and wishful thinking isn’t going to make it any different. In fact, denying reality will only cripple our ability to arrive at any truths we could glean from objectively analyzing the evidence around us.

A lot of Atheists get hung up at this point. They conclude God doesn’t exist, and then they sit back like they’ve won, but coming to a conclusion on the existence of God is just getting out of the starting gates. There’s still a lifetime of questions you need to figure out to ask and then figure out how to answer after that.

The big question now is, “If God didn’t create us then why are we here?” The big question is not,  “How did we get here?” because that answer lies in some physical process…which, except for the first step, would be the same process as if God had created us. The point is that how we got here is just details. The big question is, why?

This is the most important question anyone can ask themselves because it indicates what we should do with our lives. Unfortunately, just as you can’t prove whether or not God exists you also can’t prove why the universe was created. As a result, intellectuals have become just as divided and dogmatic over this question as they have over the existence of God. Some people assert with absolute certainty that life has no meaning. Others assert with absolute certainty that they’ve found the one true answer. People have come up with all sorts of convoluted and/or convincing arguments for their side of the debate, but the fact remains that unless you were present before the universe was set in motion you don’t know for a fact why it was set in motion.

So what do we do about this? Shit in our hands and give up? No. Even if we can’t answer the question of whether or not life has meaning, the fact of the matter is that we do exist, and we still need to figure out what to do with our lives.

This relieves us of any responsibility to search for any kind of greater understanding of existence or to follow any particular moral code. However, the fact remains that we’re here, and unless we’re just going to kill ourselves we need to figure out what to do with our lives.

If we decide not to kill ourselves then that means we’ve decided to survive. If we’ve decided to survive then we’ve defined at least one goal to accomplish during our lifetime: survival. Once we’ve set a goal we should follow the best practices for accomplishing that goal. This means that if nothing else, the nihilist should strive to master the art of survival, which is to say, responsibility. I won’t get into the skill of responsibility here, but suffice it to say that responsibility involves making decisions based on a cost/benefit analysis of what will benefit you the most in the long run.

If we choose not to exercise our free will then there’s really no reason to continue surviving except out of fear of death, but in that case, we’re really not living for anything. So we’re as good as dead anyway. If we choose to live then the only course of action we can pursue that is even relatively meaningful is to continue exercising our free will.

However, if we choose to exercise our free will then we’ve defined a goal, and once we’ve set a goal we should follow the best practices for accomplishing that goal. In order to maximize our free will e need to define our wants while freeing ourselves from any evolutionary or socially influenced desires.

In order to do that, you need to study your body, your mind, and your society. Ultimately this path will lead you to what psychologists refer to as self-actualization and what Buddhism refers to as enlightenment. It’s going to take your entire life to accomplish. So, far from being an escape from responsibility, Nihilism should ultimately lead you down the hardest, most responsible path a human being can take…unless you decide to just kill yourself.

If you liked this blog, you may like these:

This entry was posted on Friday, December 11th, 2009 at 5:41 am and tagged with agnostic, agnostic beliefs, agnostic meaning of life, agnostic questions, Agnosticism, life without religion, meaning without god, purpose without god and posted in Agnosticism. You can follow any responses to this entry through the RSS 2.0 feed.
« 6 Reasons Not To Let Your children Read/Watch Twilight
How can the universe and life exist without God? What’s the purpose? »

2 responses to “What do you do if you can’t know the meaning of life?”