My Life Stories: The Time I Got Shot

When I was thirteen years old, I lived with my two brothers and my father in New Braunfels, TX. Our father was a rageaholic who would scream at us for hours and spank us furiously with his thick, leather belt any time we broke the smallest of rules. As scary as it was living with him, my older brother was ten times worse. He was a bad seed from the day he was born. He literally stole baby bottles from the other toddlers in preschool. He tortured my twin and me emotionally and physically for years without having to worry about getting arrested for child abuse. Even though he was only thirteen months older than us, he was still too big for us to gang up on. Any time we ever did manage to hurt him in a fight, he’d go “Hulkamaniac” and pummel us, impervious to pain. We rarely told on him, because he would just beat us up twice as bad later as punishment.

One Saturday, my older brother and I were sitting in our bedroom while our father was away at work. I was happily devouring the contents of a carton of Whoppers, which was my favorite candy at the time. I was thoroughly enjoying this luxury, not even caring if I ate enough to give me a stomach ache. 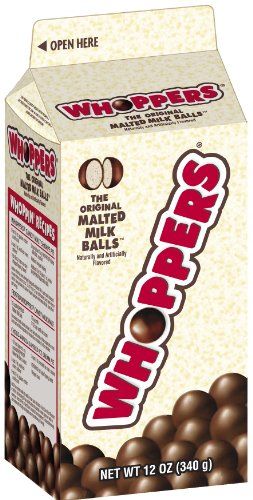 On the other side of the room, my older brother was playing with my Crosman 760 Pumpmaster BB gun. We all had BB guns, but mine was the most powerful. If you pumped it once or twice, you could probably shoot someone and it would bounce off the skin. If you pumped it fifteen times, you could kill a bird twenty yards away.

He pumped it up seven or eight times and said, “Hey, Travis. Hold up that Whoppers carton, and let me see if I can shoot it out of your hand.”

Obviously, I told him, “No way. You’re going to hit my hand.”

He replied casually, “Let me put it to you this way, either you let me try to shoot it out of your hand, and hope I don’t hit you… or I’m going to beat you up and force you to let me do it anyway.”

Protesting or running wasn’t an option. So I reluctantly held the carton as high and far away from me as I could. I heard the gunfire and felt my hand go flying backward, letting go of the carton of Whoppers and spilling them everywhere.

Several thoughts went through my mind at that point. First, “Of course he shot me in the hand. He definitely did that on purpose.” Second, “I need emergency medical attention.” Third, “We can’t tell our father about this because he’ll give us the worst whooping of our lives, ground us forever and take away our BB guns.”

With these facts in mind, I inspected my hand to see how bad I’d been injured. The BB entered the side of my palm, just below my pinky finger, and I could see a bump under my skin on the top of my hand, just below the middle finger, where the BB had come to rest.

I was relieved to see the steel ball just under the skin because that meant I could cut it out myself by making an incision in the skin without having to dig into the muscle. Then there would be no need for an ambulance, and our father would never have to know what happened. So I went and found a pocket knife that one of us had won at a county fair earlier that year and took it to the bathroom sink, where I attempted to cut the BB out, but the pain was unbearable.

Losing blood and running out of time to fix the situation myself, I put the knife down and tried another approach, which to my surprise, actually worked. I simply pushed the BB out the way it came. With minimal effort, it popped out the side of my hand and rolled down the drain, leaving a blood trail in its path. Relieved, I put a Band-Aid over the bullet hole, wrapped myself in three heavy sleeping bags and laid under my bed for a few hours, shivering from blood loss and shock.

To this day, our father has no idea one of his children shot another one in their bedroom. It took my older brother a long time to feel guilty about what he did, but he grew up eventually, and we’re good friends now.

This entry was posted on Tuesday, September 26th, 2017 at 1:32 pm and tagged with autobiographical, bb guns, child abuse, gun shot victim, life story, traumatic experience and posted in My life stories. You can follow any responses to this entry through the RSS 2.0 feed.
« My Life Stories: The Cow-poline Story
My Life Stories: My Ghost Story »