15 Mind Control Techniques Both Churches And Cults Use

Too Long; Didn’t Read: Watch the video below or read this list about cults and then think about how much of what they said applies to normal church services and doctrine. Mind control techniques and hypnosis don’t last forever. Perpetual manipulation requires perpetual renewal. That’s why Coca~Cola won’t let you turn around without seeing a Coca~Cola billboard. Of course, no cult could send their followers to basic training every single week for a full re-indoctrination, but they don’t have to; all they need is one hour a week for refresher training.

A Catholic once told me that the reason Catholic churches are so majestic is it helped illiterate peasants understand the majesty of the Lord. Even if that were the intention (which I’m sure it wasn’t), the reality is that churches are artistic masterpieces meticulously designed to overwhelm the senses and make the viewer feel euphoric and humbled. Just standing in an empty cathedral can put you in a trance state.

If you’re surrounded by images of people who made bigger sacrifices than you to the in-group and were justly rewarded then you’ll feel pressure to conform with their ideology without anyone having to say a word to you. Also, your instinctively going to transfer your awe and respect for the building to the building’s owner or spokesperson. 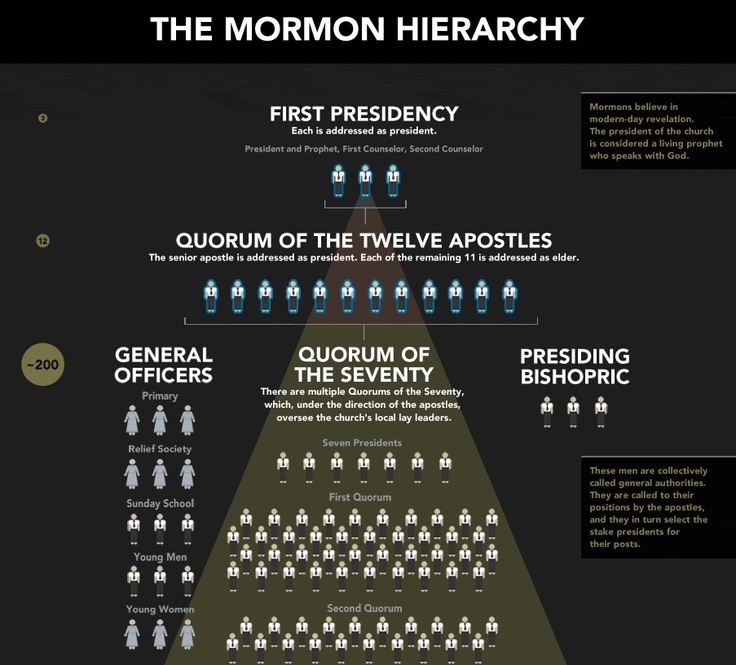 Every cult has a hierarchical leadership structure because the point of having a cult is to have followers who will revere the leaders and give them all their money. Cult leaders get people to follow them by claiming to be envoys of God. Every church does this.

Many churches won’t allow you to officially join until you undergo a ritual that symbolically changes you from a member of the lost, miserable outsiders into a saved, superior member of the in-crowd. But you’ll only be allowed to be a follower at the servile end of the pyramid-shaped authority structure. The only way to become a leader is to either start your own cult or work your way up the ranks. This stacks the ranks with true believers who will defend the leader and give his social authority legitimacy.

The biggest red flag you might be involved with a cult is if the organization revolves around a professional charismatic leader. When you go to church you’ll sit down and listen to a charismatic marketer give a 45-minute infomercial. Even if everyone from the preacher to the congregation has the best intentions, the end result is the same. Poor people are swindled out of their money, and the charismatic leader gets to live like a demigod surrounded by obedient followers.

When you enter your ornate church on Sunday morning, one of the first things you’ll do is sing hymns with the congregation. The majestic music, combined with the majestic building and the thrill of performing an action in unison with other members of the in-crowd will work you into a trance state that will make you susceptible to hypnosis. If you’re singing about being willfully obedient then you’re just hypnotizing yourself, and you’re hypnotizing the people standing around you listening to you sing about the virtue of willful obedience, servitude, sacrifice, and faith. Even if that’s not the intent, that’s the outcome. Even if you don’t know it’s happening, it’s happening. Even if everyone was forewarned and knew it was happening it would still work on some of the participants.

6. Repetitive drills and consequences for nonconformity

In addition to singing, a good cult would require its victims to perform rote physical drills like marching, dancing, kneeling or clapping. The moment you participate in a drill you’re being obedient. You didn’t just kneel or march or clap. You followed an order without thinking about it, and the more you do that the more likely you are to do it again. Eventually, the charismatic leader won’t be asking you to do calisthenics. He’ll be asking for money or a favor. What’s more interesting than that though. If you can get a group of people used to following your orders and acting in unison you can eventually give the whole group an order, and they’ll act in unison. That would give you the power to tell a group of people to go build a house or go burn a house down.

7. Separating the in-crowd from the non-believers

If you believe this, then you’ll base your identity on your affiliation with the group, and you won’t want to spend time with people whose clearer perception of reality could endanger your faith in the group.

8. The call to action is to entrench yourself in the group and base your life on its doctrine. 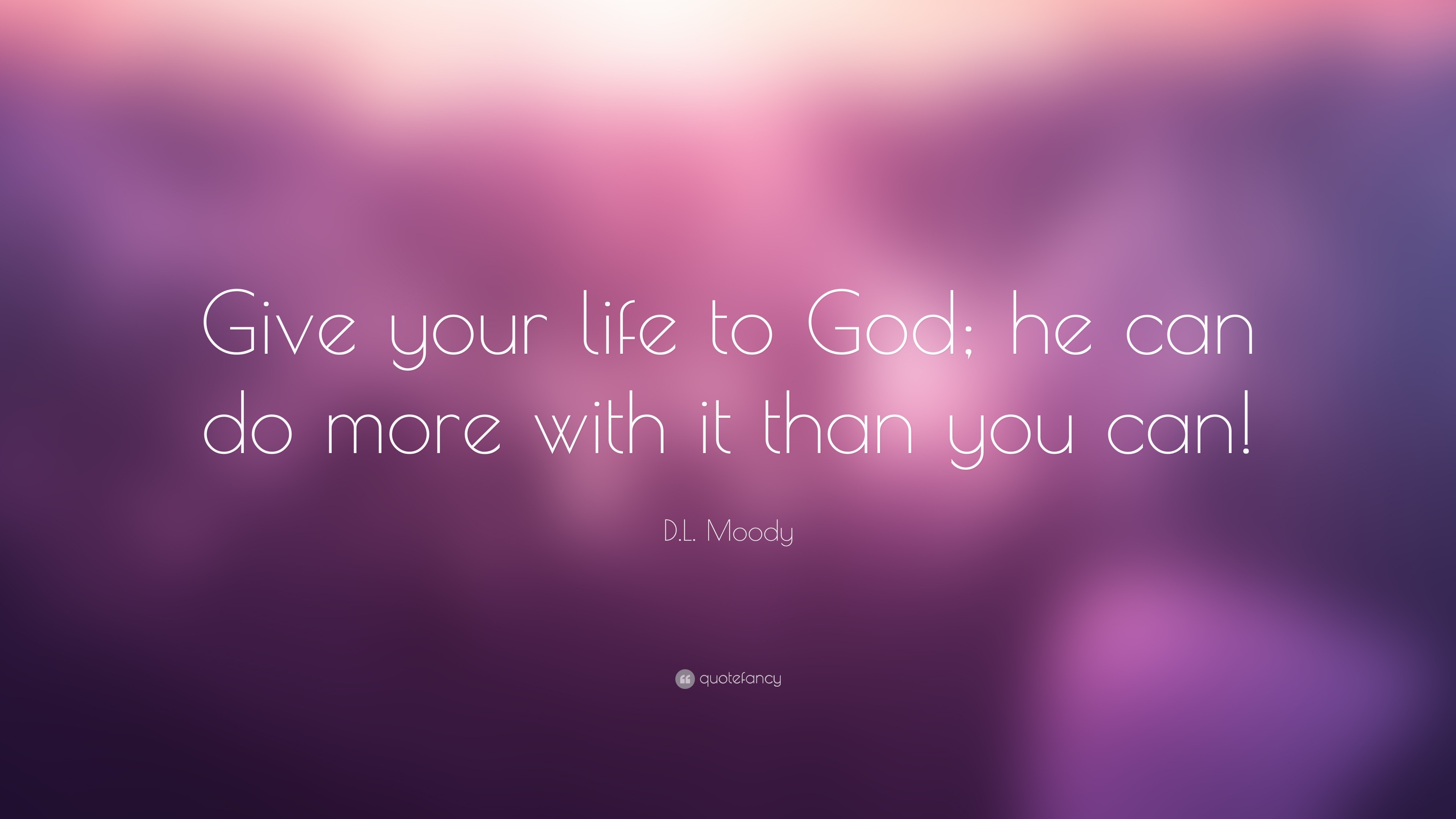 Church can be a lot of fun, and you can experience a lot of genuine moments of happiness with the people you love, but the Sunday morning agenda always centers around the sermon. The point of the sermon is to deliver a message, and the message is that you need to base your self-worth on your membership in the group and demonstrate obedience to the group’s ideology. You’re told this will bring you closer to God. Mostly it brings you closer to the group and the offering plate.

9. The charismatic leader manipulates your emotions

Charismatic leaders will try to mesmerize you with the way they dress and talk. They guilt trip you. They make impossible promises and horrific threats. They get the crowd worked up into a vulnerable, irrational frenzy right before they deliver an ultimatum.

10. You’re pressured to take your commitment to the next level

The point of every cult service is to build up to the moment where the charismatic leader makes a call to action. The call for action is to either give money, take your commitment to the cult to the next level, humiliate yourself or at least honor those who do. This is brazen manipulation, and it works. Creepy cults leaders know that, and quaint suburban pastors know that.

11. You’re encouraged to confess, humiliate yourself and mimic others

If a cult leader can convince his flock that he has more spiritual authority than them and they are unworthy in the eyes of God, then his control over them is almost guaranteed, Then the followers will have total trust in their leader when he tells them that the only path to salvation is to do whatever the cult asks of them.

The more guilty a cult leader can make their followers feel, the more righteous it will make them look. When followers confess and fall to their knees in front of others, it makes the experience more real for the confessor and the audience.

12. You’re asked for money, and your worth is tied to the amount of money you give

Most church leaders don’t expect every member of the congregation to devote their lives to the church like a hardcore cult. Many preachers are happy if they can just get everyone to put money in the collection plate every week. That’s as unethical as selling people fake lottery tickets.

If anyone asks you for money…they probably just want your money. If they demand money from you and threaten you and your family for not paying up, then you’re can be even more sure they just want your money. If the person asking you for money is wearing a suit that cost more money than what you’re wearing…then don’t give that person any more money.

13. You’re encouraged to socialize with the in-crowd

The most effective way to control the minds of a group of followers would be to lock them in an isolated compound together where the charismatic leader could control every aspect of their lives like the military does to its members. In suburbia that’s just not possible. So the trick is to keep your in-group together as much as possible and get them to willfully ostracize themselves from the rest of society as much as possible.

I’m not saying that if you hang out with your bowling buddies when you’re not bowling then that means you’re forming a cult. But when a charismatic leader organizes constant events that keep his donors together… you can predict the outcome.

14. Using self-study, indoctrination techniques and policing your peers in your own time

The amount of Coca~Cola advertisements you’ve seen in your life attests to how quickly the effects of manipulation can fade and thus how important it is to constantly top-up your message in your victim’s short-term memory. One way television commercials do this is by getting a jingle stuck in your head. If you walk around all day repeating the advertiser’s custom-designed message in your head then you’re doing the advertiser’s job of reminding you of the message.

Churches tell you to read the Bible constantly and to fill your house with Biblically themed merchandise. If they can get you to eat, sleep and breathe church doctrine, then you’ll become your own snake oil salesman. Then you’ll do the charismatic leader’s job of manipulating you for him. If you police your peers, then you’ll practically force people to keep giving the cult money and obedience.

Cults need a constant stream of new victims in order to finance the charismatic leader’s lifestyle. So…if you run into an organization that is constantly having recruitment drives to get people to come listen to an infomercial where they’re asked to give money at the end…don’t go there. You know what’s going to happen, and it only ends well for the charismatic leader…assuming he doesn’t get too drunk on power and do something crazy.