The Rising Tide of Vagrant Intellectuals 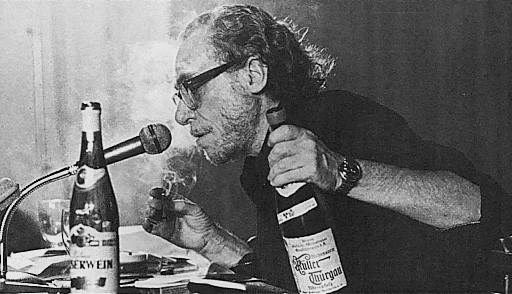 Throughout most of human history, the only people who could read were the upper class. Until the invention of the printing press, the upper class was also the only people who could afford books, which all had to be hand-written. Even if a peasant could read, lived in a city with a library, and were allowed in the library he still wouldn’t be able to learn enough to be considered educated, because he wouldn’t have time to learn, because he would have had to work the fields or the factories from morning to night.

The printing press helped make education more affordable and accessible to the poor. Unions gave us the weekend and the 40 hour work week, which gave the poor time to learn. The invention of free public education allowed the poor to learn to read and get a taste for intelligence. Very recently children of blue collar workers have been able to access higher education through grants, scholarships, and loans. Now that the internet exists anyone can research any topic they want through free websites. Anyone can purchase almost any book that exists on Amazon.com, even upper-level college textbooks that used to be only sold at university bookstores.

Towards the beginning of human history, the only people who could ever hope to be intelligent were the wealthiest people on the earth. As a result of social progress and technological advancements access to knowledge has slowly trickled down to the middle class, and now the lower class finally has the same privilege (at least in first world countries).

With the lowest class of society finally having practically unrestricted access to knowledge I see a new class of philosophers and thinkers forming. I call them the vagrant intellectuals, and I have high hopes for them.

Think about this. What is an upper-class socialite going to be inspired to write? A pampered socialite from old money doesn’t have to face the harsh realities of life and isn’t going to be able to relate to the real human condition, and that’s going to be reflected in what they publish: over-worded pseudo-intellectual crap.

But the poor, the dejected, the abused, the chemically dependent dregs of the earth have been bitch slapped by reality, and now they have the educational resources to understand and articulate that experience. Plus they have the technical resources to disseminate their hard-earned knowledge upwards to the rest of society. Plus, they can help the rest of the dregs make sense of their lot in life and articulate their experiences.

The rich are losing their monopoly on literature and intellectual culture. More and more you can expect the poor to shape national dialogue. The more the poor air their experiences and grievances the more well-rounded our understanding of our society will become and the more the world will be forced to acknowledge and rectify the unfair conditions the poor live in.

The Importance of Public Education

Flaws in the Public Education System

This entry was posted on Wednesday, October 28th, 2009 at 9:49 pm and tagged with drop out geniuses, education philosophy, self-educated people, self-education trend, smart without school and posted in The Value of Public Education. You can follow any responses to this entry through the RSS 2.0 feed.
« Don’t Argue With People Who Point Out Your Flaws
An American Beauty-esque Rant About Life In America »

One response to “The Rising Tide of Vagrant Intellectuals”