Don’t Argue With People Who Point Out Your Flaws 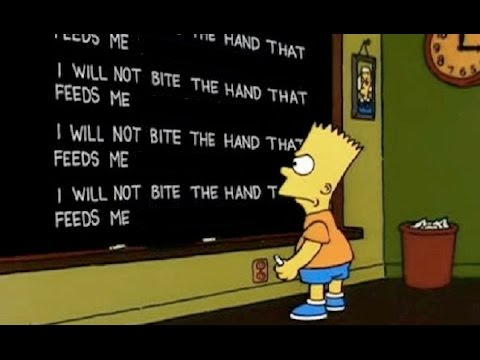 What would you do if one of your friends had a big piece of broccoli in their teeth that they were oblivious about, and the two of you were about to go out in public? If they’re your friend, you’d say, “Hey, you’ve got some broccoli in your teeth. You should pick it out so you don’t embarrass yourself, friend.”

Broccoli in your teeth is a metaphor for everything you do wrong. For example, growing up I went through a series of bad haircuts. In fact, it was pretty late in life before I ever had a good haircut. I had a lot of friends through the course of those haircuts who should have told me I looked like a waterlogged circus clown. My friends would have told me if I broccoli in my teeth. So why didn’t they tell me my haircut sucked?

We all know acquaintances, family, and friends who are doing something wrong in life, but we don’t say anything because it would be rude. In 2004, I worked with a guy who acted ridiculous, and everyone complained about him behind his back. I always felt guilty every time he made a fool out of himself because he didn’t realize it. Everybody else did though, and they were just going to let him keep on being a moron and keep ruining his life. Well, I couldn’t live with that on my conscience. So one day I had a long conversation with him about how he was making his life harder, and he needed to put more thought into the decisions he made.

He lashed back, demanding me to explain what made me think I was so great. From then on he was quick to criticize me. I’d made an enemy by trying to help him. And all the people he thought were his friends just kept laughing at him behind his back and letting him be an idiot. But I didn’t give up. There were a few times after that when he did something stupid again, and I said, “This is what we talked about. That was a bad idea, and you’re going to regret it, and when that happens, you need to analyze the situation and learn a lesson from it.” His stupidity always came back to haunt him, and he never learned a lesson…but he did resent me more.

It was ironic that he thought I was a prick, because I was the most honest, concerned, and helpful friend he had in that circle. It absolutely blows my mind the unwavering resolve people have when it comes to not listening to (or more precisely, thinking about) advice and staying stupid. I’ve seen this time and time again, even when people ask you for advice. You give it to them, they argue with you, do the opposite, regret it, and then do the same thing over again and wonder why their life sucks.

So do you think I was being a prick by calling out my friend’s mistakes? Don’t answer. It’s a trick question. It doesn’t matter if I was. He needed someone to point of the proverbial broccoli in his teeth by any means necessary for his own good.

Do your self and the world a favor. Embrace criticism. It’s better to lose face and look dumb for a minute than to be dumb for the rest of your life.

This entry was posted on Wednesday, October 28th, 2009 at 9:43 pm and tagged with arguing, cognitive dissonance, discussion stepwise, personal flaws, Self-Esteem, self-help, self-improvement, taking advice and posted in Self-Esteem. You can follow any responses to this entry through the RSS 2.0 feed.
« What is sin?
The Rising Tide of Vagrant Intellectuals »