School And Work Should Be Fun, And They Can Be. 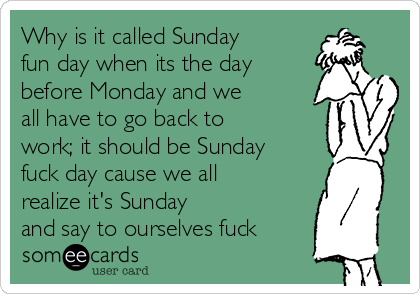 When I was in third grade almost all of the teachers at my school looked and acted like somber versions of The Golden Girls. Between classes, they would gossip in the halls, and sometimes I’d overhear them. One time I overheard my homeroom teacher telling the teacher next door that they heard someone on television say that learning should be fun. Those two old mother hens vehemently disagreed with that philosophy. They said, and I quote, “You don’t go to school to have fun; you go to school to learn.”

A little over twenty years later and schools are still run under the philosophy that classrooms shouldn’t be fun…. because fun is the opposite of disciplined. Granted, there have been advancements in academic culture since I was in third grade, but most of them have already been trampled under the foot of standardized testing. I don’t have to make a big list of ways school sucks to convince you that it does. You know that. If you liked everything about school then you were the 1% it was designed for. The rest of us were varying degrees of miserable. And to our credit, the fact that we graduated shows that we toughed it up and dealt with it… to varying degrees of success.

If you went to college then you know that the amount of fun you had partying was only matched by the misery of your classes and assignments. University courses are traumatically stressful. That’s why so many people fail out of college. Most of the people who fail out of college aren’t stupid or lazy. They just don’t have the stress tolerance to get hit in the head with a sledgehammer constantly for four years. A lot of the people who do pass the gauntlet manage to do so because they treat the stress with drugs and alcohol until they pass the finish line. A lot of them don’t let go of the bottle or the pills afterward, and then the solution becomes the problem. Those who do tough it without chemical assistance are still shattered and traumatized by it to varying degrees, and they all carry these problems with them to their jobs where they’re supposed to be the leaders. And since four years of basic training has conditioned them to take it for granted that traumatically stressful workloads are the norm… that’s the standard they hold everyone else to. In addition, they run their offices using the same rote, discipline-oriented (or nonsensical new age bullshit) approach their professors used to to make class miserable. Now, since the workforce reflects the education system, and the education system is based on archaic, degrading, inhumane, unproductive, unenjoyable standers, the end result is that everyone has to live in Stick-Up-Your-Butt Land.

This is ironic because America is famous for its nightlife… and to the extent that America is famous for how fun its nightlife is, it’s also famous for how dull and soul-crushing its working hours are… starting in first grade and ending at retirement or death. The American workplace is so soul-crushing that America’s youth are famous all over the world for being broken and giving up. The most absurd thing about that statement is that everybody knows it, but we’re still going to be doing the same thing this time next year…. and the year after that… and the year after that… until the nightly news won’t report on a shooting spree unless there are more than ten dead bodies.

To this you might say, of course, we all wish life was more fun, but that’s easier said than done. To that I would reply, it’s easier than you think. You know how you change the whole world? You do one thing right and then ask yourself how to change the whole world again. Repeat those two steps ad infinitum, and you’ll change the world. So until you’ve done one thing differently, it’s illogical to sit there with your thumb up your ass wishing your butt didn’t hurt.

If there’s no hope of you changing the rules in your office then you should be burning the midnight oil figuring out how to start your own business so you can work for yourself and create a fun environment for yourself and for your future coworkers. That’s ambitious to the point of arrogance, but what’s the alternative? Spending the rest of your life in shit, soul-sucking offices and letting your children grow up in shit classrooms only to escape to shit offices after they graduate where they’ll drown in shit until the light in their eyes goes out.  The point is… it doesn’t take courage to run from a tiger.

On a side note, it’s worth noting (and lamenting) that we’ve all been so conditioned to accept shit as the norm that we consider it immature to seriously consider living any other way, and we rationalize all the reasons we need to justify why it’s a good idea to stay in our shit lives and throw shit at other people who seriously consider, let alone try, to learn or work differently.  The mature, rational solution to this problem is not to suck it up and deal with it. That’s confusing optimism with apathy.

If your environment is inhumane and you don’t have the power to change it then the mature, rational thing to do is to leave that environment and find or create a more ideal one. Unfortunately, since shit is the standard, running away will just take you from McDonald’s to Burger King.

The only option that leaves left is creating your own environment, and the road to Utopia is realistically short because you don’t have to change the whole world to get there. It should also take a little more weight off your shoulders to know that you shouldn’t change the whole world anyway, because your utopia is everyone else’s nightmare. Conformity is the problem. Freedom is the solution, and diversity is the product.

It’s not easy to start your own business, and it’s not without significant sacrifices, but it’s achievable, and the benefits outweigh the costs. Dumber, lazier people than you have succeeded. Having said that, if you’re the exception who is truly, hopelessly locked into too many contracts, debts and obligations that neither change or escape are possible…. there’s no risk in shaming the status quo on the internet and hoping you inspire some boss out there somewhere to pull the stick out of his ass, let down his hair and let go of his grip around his employees’ throats. If you can play any role whatsoever in changing any office anywhere in the world, then you’ll have brought the professional culture one step closer to the tipping point where fun catches on and becomes the norm. So if you do nothing else, don’t stop bitching about how much school and work suck. Every public bitch session is a butterfly, and the more butterflies that get released into the internet, the more likely it is the winds will change.

The Importance of Public Education

Flaws in the Public Education System

This entry was posted on Tuesday, October 23rd, 2012 at 1:46 am and tagged with disgruntled workers, educating adults, education reform, education system, education theory, exploiting workers, higher education flaws, progressive education and posted in Improving Public Education. You can follow any responses to this entry through the RSS 2.0 feed.
« The 28th Amendment
Two Conservative Ladies #9 »