Is It Lazy To Not Want To Work?

There’s a common attitude in American culture that anyone who doesn’t want to work at least forty hours per week is lazy, spoiled, entitled and weak. Baby Boomers are famous for vilifying the younger generations for not apathetically accepting a lifetime of toil.

To be fair, when our elders warn us of the importance of work, they speak from experience. Those who lived through the Great Depression had to adapt to a brutal environment. The beliefs and life-skills that helped them survive became staples of their culture, which they passed down to their children. Now, when Baby Boomers see young adults ignoring survival-based customs, they interpret that as being irresponsible. On the surface, these feelings are reasonable, but in the grand scheme of things, they’re disastrously short-sighted.

During the Great Depression, America had enough resources to feed and house every citizen. The only reason everyone didn’t have at least the bare minimum to survive already distributed to them, was because the premise of the economy was to pay the lowest pages and charge the highest prices possible so that the nation’s wealth flows upward, leaving the poorest workers stuck in perpetual wage slavery, and President Hoover’s solutions to these problems only made this worse.

America’s economy has evolved in a lot of ways, but the premise is still the same. Every business in America is still paying and treating its workers as close to slaves as they can get. The wealth still flows up, and the average worker still lives under constant control and fear.

For most Americans, life is pushing a boulder uphill. The situation has been hard and hopeless for Americans for so many generations, we teach our children it’s immature to follow your passion, and real adults suck it up and pick the smallest boulder within reach and get pushing. Coping with poverty has been a part of American culture for so long, we’re so used to it that most of us don’t even realize we’re doing it. We even celebrate it.

The Millennial generation realizes the game is rigged against them. They know even if they do everything right, they’ll still spend the best years of their lives working their asses off at jobs that pay and treat them like second-class citizens. No matter how much they save, even if they get to live like a first class citizen for a brief time, eventually one of the ever-circling bill collectors is going to rip the last dollar they have out of their hand.

Morbidly, the thing most likely to bankrupt them and take away all hope in their life is the hospital they’ll eventually have to go visit to stay alive. Life for the Millennials is so fucked, hospitals are an existential riddle, and the government’s latest solution to the unaffordability of healthcare was to force everyone to buy unaffordable health insurance that doesn’t cover the cost of health care. So there’s every reason for Millennials to assume life is only going to get more unfair. Parents, politicians, and employers shouldn’t be surprised when Millennials aren’t enthusiastic about their career because working isn’t an opportunity. It’s government-sanctioned slavery.

Millennials are working. They have to, because they can’t survive if they don’t, but if nothing they do matters, then why should they do more than the bare minimum? Why go the extra mile for an employer who treats them like profits are worth more than their lives? If Millennials should reciprocate the respect their bosses show them, then they shouldn’t show their bosses any respect. It’s insulting and unethical to ask Millennials to be excited about the company they work for, because if they’re excited to be in an abusive relationship, then they either have battered person or Stockholm syndrome.

Human beings weren’t put on this Earth to work, especially not at strip malls and office buildings. Spending your life working your ass off in a Polo shirt isn’t “just the way life is.” That’s the way life shouldn’t be. This isn’t the world our ancestors scraped their way out of the mud tooth and nail to create. Philosophically, our economy defeats the purpose of existence. It forces people to devote their lives to surviving, and just because survival is the most immediately important need in life, that doesn’t mean it’s the only need in life. There’s a whole hierarchy of them, leading up to self-actualization at the top. 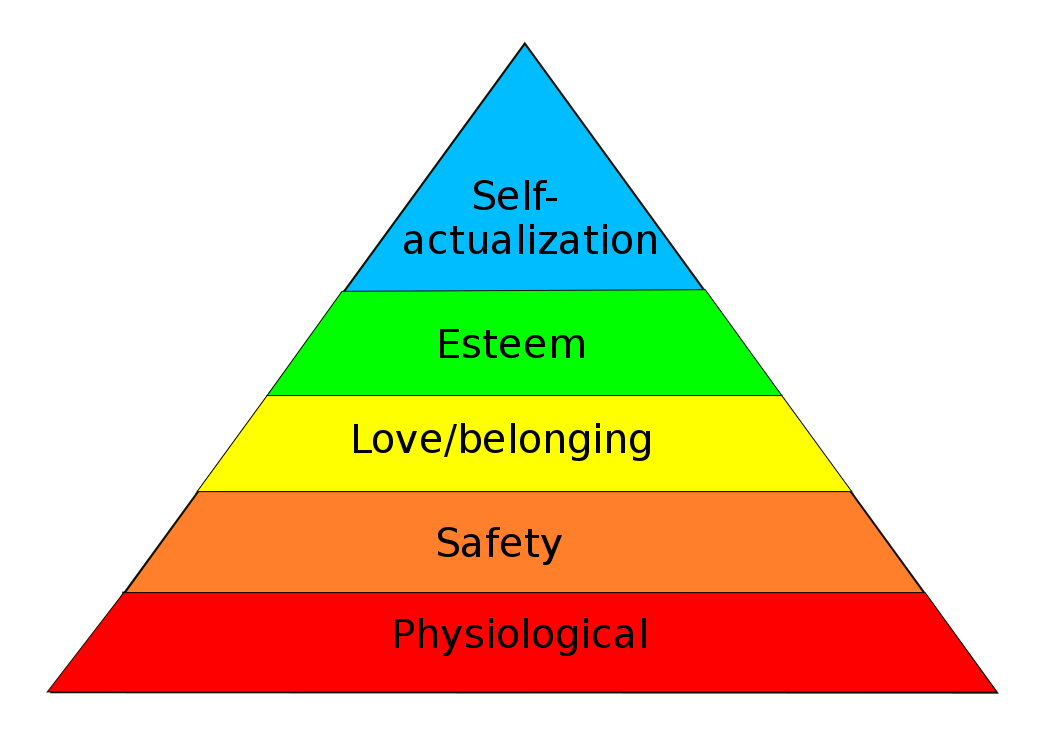 Our minds are compelled by our DNA to grow to our full potential. When we get stuck at a lower level, our brains act like a nicotine addict urging us to go seek out the thing it’s missing. If we ignore the craving, we get anxious and desperate. Capitalism keeps people stuck at the survival level almost their entire lives. It should be obvious that human aren’t lazy for not wanting to sit in a cubicle for 60 years worrying about bills. They’re monkeys trapped in a cage, raging to get out.

Since immigration laws are so strict, and every country has the same business model anyway, there’s no escaping jobs that pay too little and bills that cost too much. The most common way people cope with living in a Skinner Box is by accepting the apocalyptic nature of their existence and trying to find whatever happiness and motivation they can between shocks.

If you devote your life to surviving, you neglect the rest of your psychological needs. If you don’t fulfill the rest of your potential, then there was no point being here in the first place. Since we’re all going to die eventually anyway, the cost/benefit analysis of risking a slightly earlier death in order to fulfill higher needs in the immediate present adds up.

If we didn’t live in a financially oppressive economy, we wouldn’t need to philosophize about how responsible it is to work 40 hours per week. If we were living in the kind of world our ancestors hoped humanity would build, everyone’s basic needs would be guaranteed. Everyone still needs to pull their weight, but the world could function if we all worked 10-20 hours per week. Whatever conveniences that cost us would be outweighed by the benefit of getting our lives back.

The debate the world should be having isn’t, is it lazy to not want to work? We should be debating why we still put up with a system that works us so long it deprives us of the meaning of life. And instead of bickering about the pros/cons of capitalism, socialism and communism, we need to look at the ground and ask ourselves what we really need, and what we’re willing to give for it.

This entry was posted on Thursday, October 5th, 2017 at 3:11 pm and tagged with are millenials lazy, find your purpose, passion vs work, self-help, self-improvement, work and play and posted in Achieving a healthy work/life balance. You can follow any responses to this entry through the RSS 2.0 feed.
« Have A Healthy Balance Of Passion And Duty
Where Does Hedonism Fit In The Meaning Of Life? »