Where Does Hedonism Fit In The Meaning Of Life?

Hedonism is defined by Dictionary.com as:

1: the doctrine that pleasure or happiness is the highest good.

2: devotion to pleasure as a way of life

Based on what little we currently know about the universe, the evidence points to the conclusion that once we die our consciousness will simply cease to exist and our bodies will simply become food for other smaller life forms, and eventually our bodies will be broken back down to inert matter. In other words, we were born of dirt, and we’ll return to dirt. On many levels, this is subjectively tragic, but how we feel about the situation is irrelevant to the reality of the situation. What is, is, and what will be, will be.  And you’re born and will die not knowing what it is or what it will be. It’s tough, but that’s life.

When you take all of this into consideration, it creates a powerful argument for the conclusion that the best we can hope for in this short, difficult life is to enjoy ourselves as much as possible. And while some people cling to faith to give themselves the illusion of certainty in life, pleasure is an immediate certainty. This raises the question, Why not have as much physically rewarding fun as possible while you’re here? 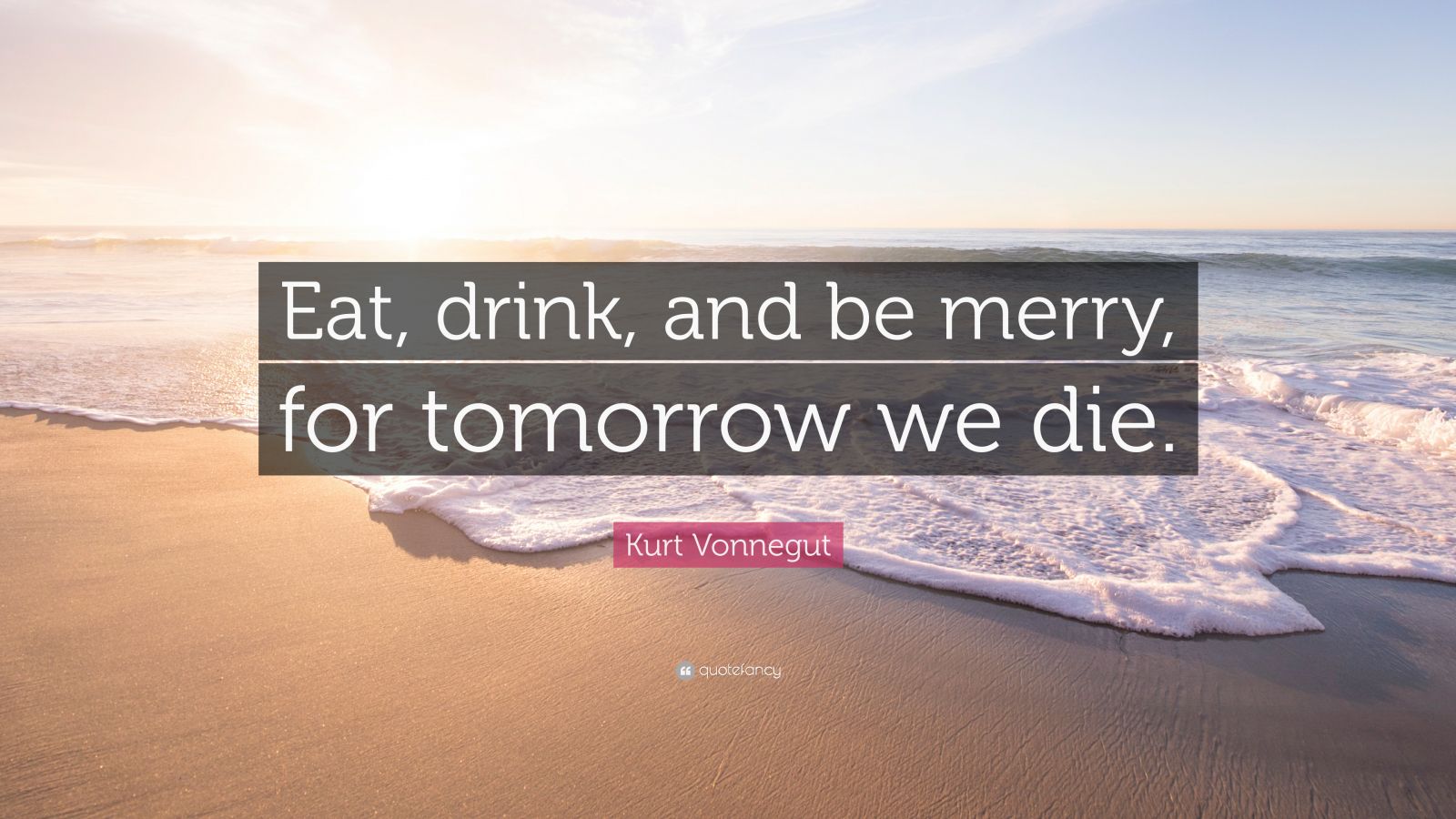 I can’t empirically prove why we shouldn’t devote our lives to the pursuit of pleasure. All I can do is raise more questions, and the question every hedonist must constantly wrestle with is, “What if there’s something more rewarding I could be doing with my life?” which leads to the next question, “What could possibly be more rewarding than physical pleasure?” And even if there were solid answers to either of those questions we’ll always be left with the question, “So what? What if I personally choose to devote my life to hedonism instead of some other unprovable philosophical ideal? If that’s my choice then what’s wrong with that?” I don’t have an answer to that.

As I said earlier, my current theory on life is that the best we can hope to do is fulfill our potential. This theory doesn’t offer much in the way of guidance though because humans are capable of doing and becoming so much. We’re also capable of not doing and not becoming even more. So if anyone asks you what your potential is, you wouldn’t be wrong to reply, “Whatever I choose.” But if you answer that then you would be wise to ask yourself, “What should I choose to do or become?” Well, there’s no sign painted in the stars telling you what you should do. If you don’t know what you should do then you can at least ask yourself, “What do I want to do or become?”

Your wants are defined by your personality, your identity, your uniqueness. By identifying and fulfilling your wants you’re expressing yourself, you’re exercising your individual existence. Regardless of whether or not your wants turn out to be “right” or “wrong” by some cosmic standard, by identifying and fulfilling your wants you still exercised your existence, and on some level, that’s more admirable than enslaving yourself to doing what someone else once said was right. Of course, you could also argue that The Good Guy’s slaves chose to be mental slaves; they even made considerable personal sacrifices doing what they believed was right and should be rewarded accordingly. And sure, there’s logic behind that point of view that gives it credence…

But let’s take a step back for a moment. Consider the age-old argument of nature v.s. nurture. Do humans behave the way they do because that’s how they were born to behave or because that’s how they were taught to behave? When a child growing up in Saudi Arabia “chooses” to become Muslim, was that really their choice or was that the result of indoctrination? If a middle-class white boy in Texas becomes a pseudo-Christian who acknowledges the divinity of Christ but doesn’t put much more effort into their religion other than that and voting against gay rights, was that truly their choice or was it the result of indoctrination? When a child from a broken home turns to alcohol and drugs to numb the pain of a lifetime spent receiving discouraging feedback, is that a choice or the result of indoctrination? I don’t have the final answers to those questions, especially since those issues aren’t black and white. They’re as complicated and gray as life itself.

One thing I suspect is true is that the better you understand the universe, challenge your beliefs, define yourself, and achieve self-actualization, the more truly your actions will be your own. The more your actions are your own the more you will express and exercise your existence by everything you do. I don’t know how much work that takes or where the finish line is. I don’t know what a self-actualized person would or should do with themselves after defining themselves. I don’t know how much fun they’ll have. I don’t know how much hedonism they’ll embrace or avoid, and I don’t know if there are eternal consequences for either path. What I do know is that life is short. We only get so many minutes, days and years to do so many things. If you spend all that time having fun, then you won’t have much time left to tweeze your identity apart from the environment you were raised in or to refine your wants outside of how you were indoctrinated by society. And if you don’t do that then I don’t know how much of “you” is really “you.” I don’t know what you could accomplish in this world without being yourself, but I would strongly question the the immediate personal value of any choices you make regardless of how fun, socially acceptable, or productive they may be. Regardless of how much fun you had or how much of a difference you made in the world, I would strongly question whether or not you ever truly lived because there was never truly a “you” to live. There was no expression of yourself, there was merely an expression of an existing society.

So should you devote your life to hedonism? I can’t answer that question, but at this point, my personal recommendation is to use the time you have here to defining yourself. How you do that is up to you, it’s your life after all, and it’s nobody’s responsibility but your own.

This entry was posted on Thursday, October 5th, 2017 at 3:35 pm and tagged with find your purpose, hedonism, hedonist lifestyle, meaning of life and posted in Achieving a healthy work/life balance. You can follow any responses to this entry through the RSS 2.0 feed.
« Is It Lazy To Not Want To Work?
You Can And Should Live Somewhere Awesome »