Put Up The Kickstand (Biker Philosophy) 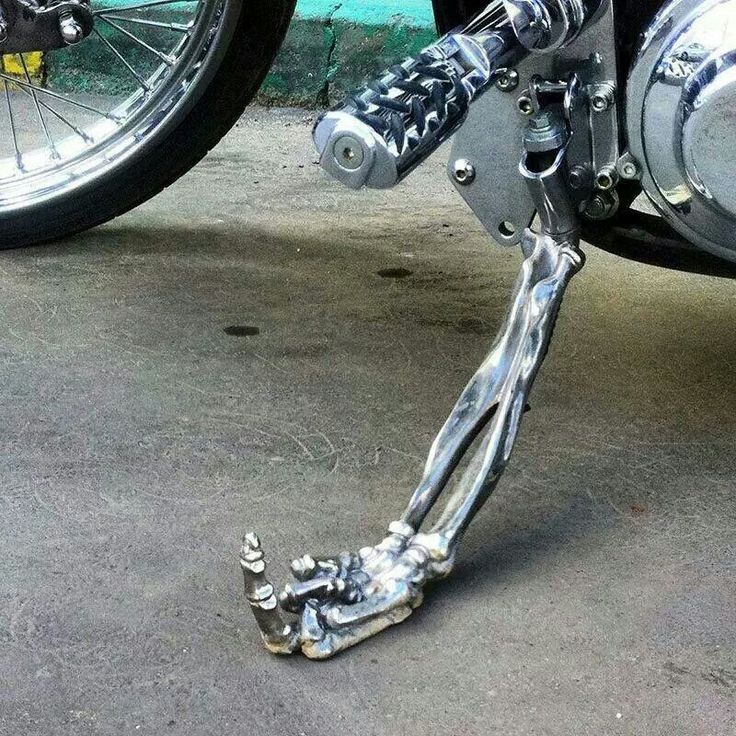 After you see enough places you realize they’re all basically one and the same. Sure, the details change a little, but it’s the same place over and over again.

You also realize that no matter where you go, you’ll always take yourself with you.

This means that, far from being able to hide from your fears, weaknesses, regrets, etc.,

it’s what you bring with you that ultimately defines every place you go.

And you look back on it all, you’ll see that ultimately the ride wasn’t about seeing new places. It was about getting to know yourself, overcoming your demons, and growing up…

Into the wisest, most original, most collected mother fucker on the road.

It’s All Part Of The Ride (Biker Philosophy) 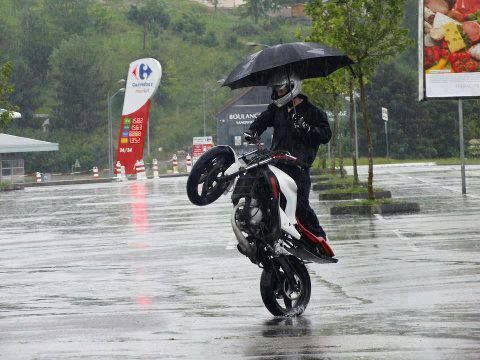 Some days the weather is perfect, and it seems like the day was made for riding. On days like that, it’s almost immoral not to get out on the road and spend some time in the saddle. It’s as if life its-self were beckoning you to get out and embrace the things that lay ahead of you.

Then some days it rains. Some days the sky pisses on you so hard it makes you wonder if life has it in for you and wants you to know it. On those days the road is uninviting, but life doesn’t stop for you just because the road is in a bad way.

So what can you do? You adjust your speed and take precautions, but you keep going.

You knew these days would come when you signed up for the ride, and crying about it in the middle of it all won’t do any good anyway.

Just remember these three things to keep your ride in perspective:

2. The summer would not be so sweet were in not for the winter.

Ride On: A Biker Philosophy on Social Conformity

You can ride next to other people, and inevitably you will, but ultimately your ride is yours alone.

Nobody else can experience it from your perspective, and you can’t experience anyone else’s from theirs. Ultimately we’re all solely responsible for the decisions we make on the road.

Whatever group or groups you find yourself riding with, don’t forget that the ride is yours and yours alone.

If/when you get absorbed into a group, you tend to start looking at the road from the perspective of the group, and when your perception changes, your identity changes.

If you’re not careful you can forget that the road is life and start thinking the group is life.

So remember, You’re on your own ride. Ride on.

In 2009 I took my first long distance motorcycle ride from Texas to South Dakota. This is what I learned from that trip:

Wherever you are, the weather different 2,000 miles away. It may be 40 degrees cooler where you’re going than where you started from. Add a wind chill factor of 70 mph, and you’re talking cold as Santa’s balls.

If GPS says it takes 20 hours to get where you’re going and you look at a map and find an easier route that looks about the same, it’s not. If it were then your GPS would have told you to take route. The “easier” route actually takes 5 hours longer. So you’ll ride 10 hours the first day and then 15 the second day. And on the second day, you’ll be racing against the sun trying to arrive before the temperature plummets under the heartless night sky, and you’ll lose the race. Luckily by this point, your body will be so numb from the cold that you won’t feel any more pain from the cannonball run you’ve unwittingly signed yourself into.

If you don’t know anything about bikes, at least check the easy stuff at least…like the foot pegs you bolted on yourself after drinking a 6 pack. If you don’t, the right footpeg might fall off without you knowing, leaving the only (relatively) comfortable position to hold your legs in for 50 hours is an awkward Street Fighter 2 jump kick pose.

Check to make sure your license plate is bolted on securely. Otherwise, it might fall off somewhere in Kansas leaving you to drive across 8 state lines paranoid of the cops. But take comfort in knowing that cops don’t pay much attention to motorcycles that are going the speed limit.

3. Spend the money on the right accessories… at the right time.

Take a short road trip and see how comfortable you’re going to be sitting on your bike for hours. If you find that your seat isn’t made for long distance, make sure you buy a new seat and have it on your bike before you set a date to leave. You might order a seat online and find out something went wrong and your seat isn’t going to be delivered until after your departure date.

If you don’t have the right seat for the ride, you might end up having to find something to put under your ass to pad it. Don’t get a gel-cushioned bicycle seat. It’ll only create ledges for your ass to grind against and an uncomfortable bulge under your fragile taint. You’d be a little better off using the leopard print throw cushion you put in your duffle bag to cushion it against your back.

If you don’t have a back on your seat to lean against, and you don’t have a big windshield, you’re going to spend 50+ hours using your arms to hold your body forward against 70+ mph winds. So you might want to invest in one of those.

4. If you put your gloves in your jacket while gassing up and drive off forgetting to put them back, stop immediately and put them back on.

Otherwise, the right-hand glove might fall out and be lost forever. Then you’ll have to buy a $4 pair of scissors at a gas station and cut holes in a black sock to wear as a glove so that the unexpected cold doesn’t make your hand feel like a starved chipmunk is chewing on it.

More importantly though, if you thought taking your gloves off for 3 hours while driving through northern Texas would be comfortable and cool you might find that the tops of your hands have been burnt like Beavis’s on that episode of Beavis and Butthead where Beavis stuck his hand in the fryer at whatever burger join they worked at. Then you’ll do goddamned anything to cover your hands to keep them from getting more burnt…especially after you put your stiff motorcycle jacket back on at a rest stop and the cuff sloughed the boiled skin off of the back of your hand like on that scene on “We Were Soldiers” where the cameraman pulls the wounded soldier’s legs off as he’s being loaded on the medivac chopper.

5. Everything will cost twice as much as you expect.

6. Call your bank and tell them you’re planning on taking a cross-country road trip.

However, they’ll only lock your card for “suspicious activity” after you enter your secret pin in an ATM to check your balance…after charging up the card for 8 days all across the country. But if you keep $40 in your pocket you should be able to just make it back to Austin.

7. When you gas up your motorcycle pick the pump closest to the gas station window. If you park your bike behind a big SUV and walk into a gas station with hair that looks like the bride of Frankenstein got electrocuted, while wearing combat boots, MC Hammer pants, a wool/leather vintage Air Force bomber jacket (in seemingly good weather) covered in dead bugs, wearing a cut up black sock on your right hand while your left hand looks like burnt bubble wrap…and there’s a circular sunburn around your eyes and nose but not the rest of your face…if the cute gas station clerk doesn’t know you’re on the motorcycle ride from Hell, she’ll probably assume you’re a homicidal smack addict, .and she won’t smile at you.

If you hiked halfway across a continent and back, you would deserve to feel proud of that accomplishment no matter how many novice mistakes you made along the way. Regardless of how bad you screwed up, you still did something very few people ever will. More importantly, you did something you set out to do. You lived your life even though you were unprepared. That’s the definition of foolishness and courageousness. Even if you were totally foolish and completely at blame, you still learned how not to be a total dumb ass by being a total dumb ass. That’s how the ride works. Your first mistake is your first step towards mastery.

Why We Ride (Biker Philosophy)

1: Riding is an adrenaline rush.

Riding a motorcycle gives you the same thrill as surfing -harnessing the massive power of something outside of you and bending it to your will to launch you down the highway at 70 miles an hour. As a child, you probably stuck your hand out of a car window to feel the raw energy of the world surging past you. That was just a taste of what you experience on a motorcycle.

2: Riding places you an inch away from death.

Have you ever been rafting, skydiving, skiing or bungee jumping? Have you ever watched a horror movie, gone to a haunted house, looked in the mirror and said “Bloody Mary” three times, or done anything remotely scary or dangerous just to bring a thrill to your dull suburban life? Yes. Yes, you have, because nothing makes you feel more alive than being near death. Riding a motorcycle injects that experience straight into your veins.

3: Riding brings you closer to life than a car does.

4: Riding cuts you off from the bullshit.

Riding a motorcycle is like traveling through space. No one can call you. No one can get in your face. No one can reach you. It’s like you don’t exist. You’re outside the system, and you can go anywhere you want. As long as you’re on your bike, you’re free from everything.