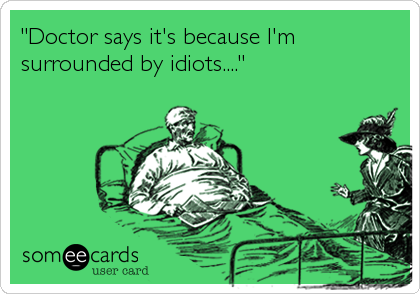 Great leaps in human progress have often come from the meeting of minds. The Crusades brought Europe out of the dark ages. Christianity would have never evolved out of Judaism were it not for the cultural diffusion the Romans brought to the Middle East.  The founding fathers of America based many of their political ideas on what they learned from thinkers all over Europe as well as the Native Americans.

The printing press made the ideas cheaper and easier to transport, and the internet has sped up the growth of human knowledge exponentially, but throughout history, our minds have been cut off from each other’s by physical, linguistic and political barriers… and they still are. If we had free energy, one language and no political barriers our knowledge would explode like an algae bloom in the ocean… but the people with the power to remove these stumbling blocks from our path fear change. So despite the globalization that is shrinking the world and bringing humanity together, all of our minds are still limited by the relative cultural isolation that remains.

The greater the disparity between the rich and poor becomes, the less wealth there is for the poor to fulfill their base needs/desires, much less achieve self-actualization. The harder and longer the poor are forced to work, the less time, energy, opportunity and motivation they have to turn their minds towards self-actualization and learning for the sake of learning.

Throughout history, the gap between the rich and poor has stretched and contracted in cycles, but the contractions have been few and far between. If human nature wasn’t to be so greedy, and the distribution of wealth had been more equitable all along, then the human race would have progressed at an exponentially faster rate, but since the vast majority of humanity has been poor and stressed throughout history, we’re suffering the compounded consequences of generations of ignorance.  Even today most people are still too stressed over their base needs/desires to turn their attention to becoming more complete people.

Humans don’t like it when people act differently than them. Our brains are designed to fear what they don’t know. It was a useful survival instinct for cavemen, but in modern society it mostly causes us to bully, insult, ostracize and find other ways to punish each other, for being different. One of the big reasons we’re all so dumb is because we’ve beaten the courage and inspiration out of each other.

Another consequence of fearing the unknown is that progress is by definition, deviant, which means humans tend to reject improving the status quo. History is full of examples of heroes who died trying to pull their fellow man out of the dark age, and humanity is still being dragged towards enlightenment kicking and screaming.

Mass media isn’t designed to enlighten its viewers. It’s designed to cater to its viewers most base desires: fortune, glory, excitement, sex, drama, and shiny things.  Mass media is puerile brain candy. If you always eat brain candy, and you never eat brain food, your brain regresses. The longer you stay in Stupid Land, the more you accept and defend stupid as reality.

The world wouldn’t be so dumb if our governments devoted more resources to education than war. If we’d spent our entire war budget on education we could end the need for most of the world’s wars and prisons. Our leaders aren’t doing that though because it’s very difficult to exploit and manipulate highly educated people who are capable of solving all the world’s problems. The rich need the poor to stay poor, desperate and ignorant in order to exploit them. So they lobby our leaders to under-fund schools and over-fund the prison industry.

Ideally, school is supposed to teach students to be curious, to seek knowledge on their own, to ask questions and seek answers. Unfortunately, academia has suffered the same fate as any large, hierarchical bureaucracy that controls vast amounts of wealth and power. It has come to defend the status quo and ridicule, ostracize and punish deviant thinkers.

Universities rarely teach people to think for themselves. More often than not they teach students to think what their professors or the authors of their textbooks think. There are some good academic philosophy classes out there, but standardized tests don’t measure original thought. They measure memorization. So most curricula are designed to challenge students to study old thoughts and regurgitate them, which makes students experts at bragging about how much they know about the history of philosophy without doing much original or practical problem solving of their own.

There may be some force somewhere in the universe that fits some definition of the word God. There’s some evidence to suggest that might be possible, but there are mountains of evidence that all the religions humans have invented are mythologies. While these belief systems may make some good points and give people hope, there are catastrophic consequences to a single person, let alone entire world, of people basing their real-world decisions on a mythology-based understanding of reality.

History is full of examples of people hurting each other and discouraging progress in the name of religion. These aren’t anomalies. That’s what happens when you base your understanding of reality on mythology. That’s still happening, and it’s going to keep happening as long as people keep believing in mythology.

8: Our leaders don’t know what they’re doing, and they lie about it

Society is so lost we don’t even know we’re lost. This is true for the lowest street sweeper all the way up to the highest political leader. We have no idea what we’re doing, and we’re just guessing while putting on enough airs to make it look like we have it together.

In this kind of world, it’s natural to look to leaders for guidance, which wouldn’t be such a bad thing except that our leaders are just as blind as the rest of us. The only difference between us and them is that they’re better at lying. This causes two problems. First, when we attempt to emulate our leaders we end up emulating fools. The second problem is that our leaders are leading us in circles as our world becomes overpopulated and better armed.

9: Parents don’t know what they’re doing, and they lie about it

Nobody knows the meaning of life, and psychologists are still figuring out how what makes a mentally healthy human being. Most K-12 schools don’t teach philosophy, and I’ve never heard of one that teaches child psychology. Parents are mostly making up their parenting skills as they go along, but they still demand respect and obedience from the younger generation. So children are raised to look up to and emulate people who are doing their best at faking it until they make it. This haphazard approach to raising children into adults yields haphazard results.

10: Evolution has designed us to be stupid

All of these problems aren’t accidents or anomalies. They’re all inevitabilities considering how evolution has designed us. As surely as evolution gave us hands, feet, eyes, ears, and noses to help us survive it also gave us pain, pleasure, hunger, fear, love, greed and all the other emotions and base desires that steer us away from logical accountability. It also put shortcuts into our brains like cognitive dissonance, cognitive bias, schemas, trust for authority, fear of change, the fundamental attribution error and a slew of other mental processes that reduce our need to think about what we’re doing and encourages us to sleepwalk through life on autopilot.

The truth is ugly, but we have to face this demon in order to fulfill our potential. We were born to be stupid, and make no mistake, we are stupid. I don’t say this because I’m better than you. I’m no better than you. I’m stupid too. The big difference between me and the gangstas, rednecks, preps and religious fanatics that infuriate me day in and day out is that I’m afraid and ashamed of my stupidity whereas they celebrate theirs.

How terrified are you of your stupidity? Because the greater your terror is the more motivated you’ll be to do everything in your power to get unstupid. The more confident or even resigned with who you are the less critical of your own stupidity you’ll be and the more you’ll wallow in your own stupidity, infuriate the intelligent people around you (who you will have ignorantly mistaken for being stupid) and waste your life and lower humanity’s potential.

This entry was posted on Sunday, February 7th, 2010 at 8:22 am and tagged with consumerism, pop culture, self-esteem, social progress, stupid people and posted in Be Better People, General Pop Culture. You can follow any responses to this entry through the RSS 2.0 feed.
« 16 Tips To Overcoming Writer’s Block
A Theory On Improving College Education »