Why The Movie “Brave” Made Me Facepalm 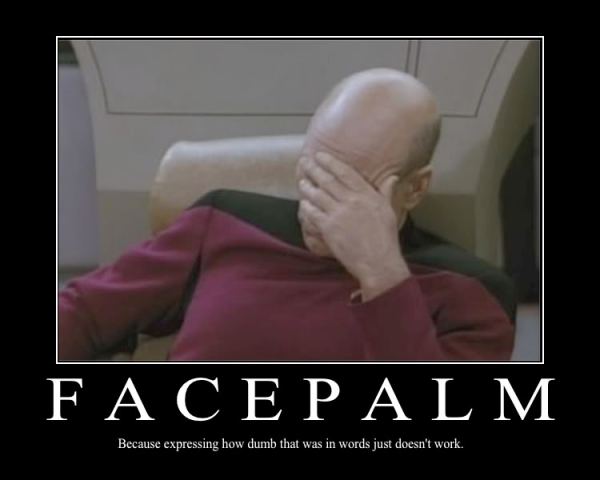 I never had any intention of watching the movie, “Brave.” It’s a kid’s movie about a princess. I’m not the target audience, but I ended up watching it because 99% of the other movies and TV shows that have come out this year have been crap. So I was scraping the bottom of the barrel.

I didn’t expect “Brave” to be an intellectual feast, but someone told me it got good reviews, and I read somewhere else it “challenged the traditional portrayal of women in children’s films as cripplingly codependent ditzy gold diggers” or something like that. So my expectations for “Brave” were a little higher than they would have normally been for a simple children’s movies.  Unfortunately, just like when I watched “The Avengers,” I quickly realized I’d set my already low expectations too high for Hollywood.

“Brave” didn’t break the mold. It just polished the crust on top. Here’s how. The protagonist is a princess, but unlike every other princess in children’s television history, she’s not a Barbie doll. In fact, she’s a ginger, which is almost as daring as an African American princess.

Not only is the princess in “Brave” an unattractive ginger, but she also acts like a boy. If you can’t imagine a girl acting like a boy then watch “Mulan.” If you don’t know what “Mulan” is about, it’s a movie that breaks the traditional stereotype of women being cripplingly codependent ditzy gold diggers. On a few levels, “Brave” was just a remake of Mulan, which is nice, but it means “Brave” doesn’t add much if any, diversity to Hollywood’s credits. Plus, if we keep remaking Mulan, then the effect is that young girls still only have two role models to choose from: Barbie and a bulldyke. No disrespect to bulldykes, but that’s not as much an option as a trick to get you to choose Barbie, and it divides the world into a false dichotomy. There are more kinds of women in the world than bulldykes and Barbies. You’d never know that watching children’s television though, and that can make normal girls feel abnormal. If you don’t think this is a big deal then you underestimate how stupid human beings are. Adults are more likely to believe an untrue statement if you show them a picture while telling them something that they know isn’t true.

If we grow up hearing the exact same message over and over again our entire lives then we’ll believe it’s true on some level even if we know it’s not. Children’s television depicts grotesquely distorted, dichotomous and oversimplified gender roles. Even if children could discern reality from fantasy and weren’t basing their understanding of reality on what they watched on television, why would you barrage children’s minds with messages that aren’t true and then leave it up to them to figure out when it’s smart to mimic their heroes and when it’s not? You’re going out of your way to put a stumbling block in front of your child that doesn’t need to be there at all. Even if oversimplified princess movies don’t warp girls’ identities, they’re still just white noise. If girls learn the same lesson over and over again then they never learn anything new. Then, when they enter adulthood they don’t know anything, which is just as counterproductive as indoctrinating them to become Barbies. You could argue that I’m making the issue bigger and more complicated than it is, but the entire problem could be avoided if Hollywood just didn’t go out of its way to remake the same shitty princess story a hundred times a year.

So don’t worry. American girls are not going to let their parents force them to marry someone they don’t want to. You can stop warning us about the importance of using mutual attraction as a basis for a relationship. If “Brave” really wanted to break ground it could have shown a princess in any other stage of a relationship of a relationship after the initial commitment or at least acknowledge that sex exists.

Hollywood, what’s going on? There are a thousand reasons why you should stop selling us this same pig over and over again. If you hadn’t noticed, culture evolves at the pace of television. If you had the balls to finance enlightening entertainment instead of pandering to the lowest common denominator then society would reflect the art it’s raised on and act rationally and sanely.

Several generations have been raised on white noise. Look where it’s gotten us. How bad does it have to get before you decide to use the resources available to you to help cure people of stupidity instead of infecting them with it?

I guess what I”m trying to say is, Hollywood, I’m disappointed in you. You can do better than this. We both know you can.

This entry was posted on Friday, October 20th, 2017 at 7:26 pm and posted in Movies and Television. You can follow any responses to this entry through the RSS 2.0 feed.
« The World Won’t Improve Until You Stop Being A Vidiot
Why The Movie “Tomorrowland” Made Me Facepalm »