When I was twenty years old I worked for a company that did short-run manual labor contracts like brush clearing, pressure washing and picking up trash on the side of the road. The job paid $50 per day, cash under the table. Almost all the workers were either felons with outstanding warrants or illegal immigrants because those were the only people who would do the disgusting, dangerous, monotonous, back-breaking work we did for so little money. I was there because my brothers were, and it was better than my last job washing dishes at Bennigans.

Half the people who worked for that company either lived or partied at my apartment. So when members of our work crews would find these magazines, they’d keep them and put them in the magazine racks in my/our bathrooms. The house also had a subscription to Playboy and Maxim. So we had a range of toilet reading material, but mostly there was just old, cover-less, sun-dried, wrinkled trucker smut.

Then pandemonium erupted. Everyone was furious. They were seriously offended. It got tense, and for a second I feared for my safety.

I tried to explain that I was doing us a favor by getting rid of all the riff-raff, but everyone responded that they hated the vanilla classy stuff. It was like looking at a photograph of a fruit bowl to them. They needed something far, far, far more raw and primal to feel alive.

My Life Stories: The Cow-poline Story

When I was nine years old I lived in a trailer house at the end of a mile-long long dirt road. My closest neighbors lived a mile away, and the closest town (population 3,220) was twenty miles away. We had friends in town from school, but our dad couldn’t afford the gas to drive us to see them. So during the summer, pretty much the only faces I saw belonged to either my dad, two brothers, two dogs or two cats. We were so far away from civilization we could pee freely off the front porch of our trailer and set whatever we wanted to on fire without anyone complaining.

The solitude was liberating, but it was also oppressive. The only way to relieve the endless prison-like monotony was to create our own entertainment, which forced me and my brothers to be very creative. We played with stuffed animals and action figures, built elaborate blanket forts and staged fighting tournaments. Our das was a computer teacher, and he would give us reams of dot-matrix continuous printer paper, which we would unfold all the way down the hallway and then draw continuous scenes that looked like a level of Super Mario Brothers. Then we would pretend we were controlling a video game character and run it through the level.

When it wasn’t too hot outside we would take long hikes through the South Texas countryside with our two dogs and two cats. We navigated the wilderness by following old cow paths. The highlight of each month was when the old farmer who owned the cows would drop off a big round hay bale somewhere. If we stumbled upon it before the cows chewed it down we could play king of the hay bale, which was as fun as it was dangerous. The farmer also left salt licks that we would chip pieces off of and snack on, as well as wheat pellets that we would dip in wet cow patties and feed to our dogs.

If you think that’s vile, you’ll be more depressed to know that we also had dried cow patty Frisbee fights. On the most boring days, we would just walk around chopping prickly pear cactus patches to shreds. 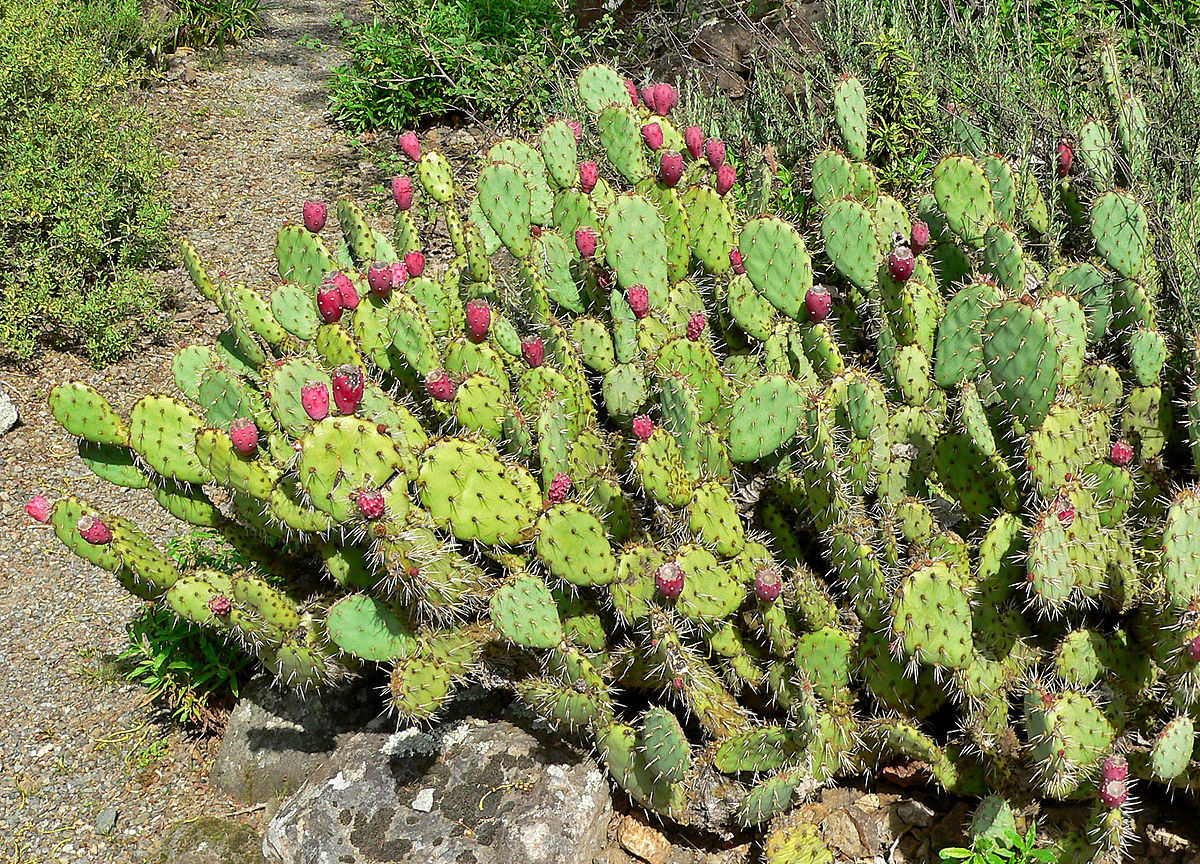 One of our favorite activities was to pretend we were characters from the movie, Predator, and we’d run through the brush country shooting hordes of imaginary aliens with guns made out of sticks, PVC pipe, and dreams. It was on one of these missions that we caught wind of the smell of a dead animal, which wasn’t unusual. We’d often track down animal carcasses by following the halos of buzzards circling above their next meal. Why would we track down rotting carcasses? To see what’s rotting and if it had a cool skull. If we happened to have fireworks with us, the opportunities were endless.

The source of today’s amusement wasn’t hard to locate. It was coming from behind the low hanging canopy of a huge, old oak tree. The smell of putrid, rotting death cooking in the brutal Texas summer heat pushed at us like an invisible wall before we could even see the body.

To this day, I’ve never smelled anything more profoundly repulsive. The worse the odor got, the more it fueled our curiosity. We pushed back the curtain of leaves to reveal exactly what we expected to find, a dead, bloated cow covered in blowflies. Its eye sockets, mouth, and anus pulsated with maggots. Most little girls would have vomited at the sight, but we weren’t faint-hearted little girls. We were prepubescent male trailer trash.

We lingered beneath the old oak tree for at least an hour marveling at the miracle of death and sharing our thoughts. Eventually, the eye-watering stench drove us off, but it went without saying that we’d be back every day for at least a week.

On the first day, we created a game to see who could throw a rock at the cow’s inflated stomach and have it bounce the farthest. The second day the game evolved to see who could bounce the largest rock the farthest. On the third day, we tried to see how big of a log we could all three heave at our big, morbid leather stink balloon. The next day we got to talking, and we reasoned that since leather is almost impossible to break with brute force, then theoretically, a small child could bounce on a leather trampoline and not fall through. And since dead cows are made of leather, there’s no reason a small child couldn’t safely use a ripe, bloated cow as a trampoline.

So we played rock-paper-scissors to determine who got to be first to test the cow-poline. I don’t remember who the honor went to, but as soon after they took a few cursory hops and confirmed what we already know,  we all scrambled up the meat mountain and started leaping like cheerleaders and being propelled up towards the sky by the force of the compressed fermented gasses bubbling in the cow’s decaying guts. For the first few minutes, every time we landed on the stomach, poop, and maggots would spurt out the cow’s fly-coated butt hole. 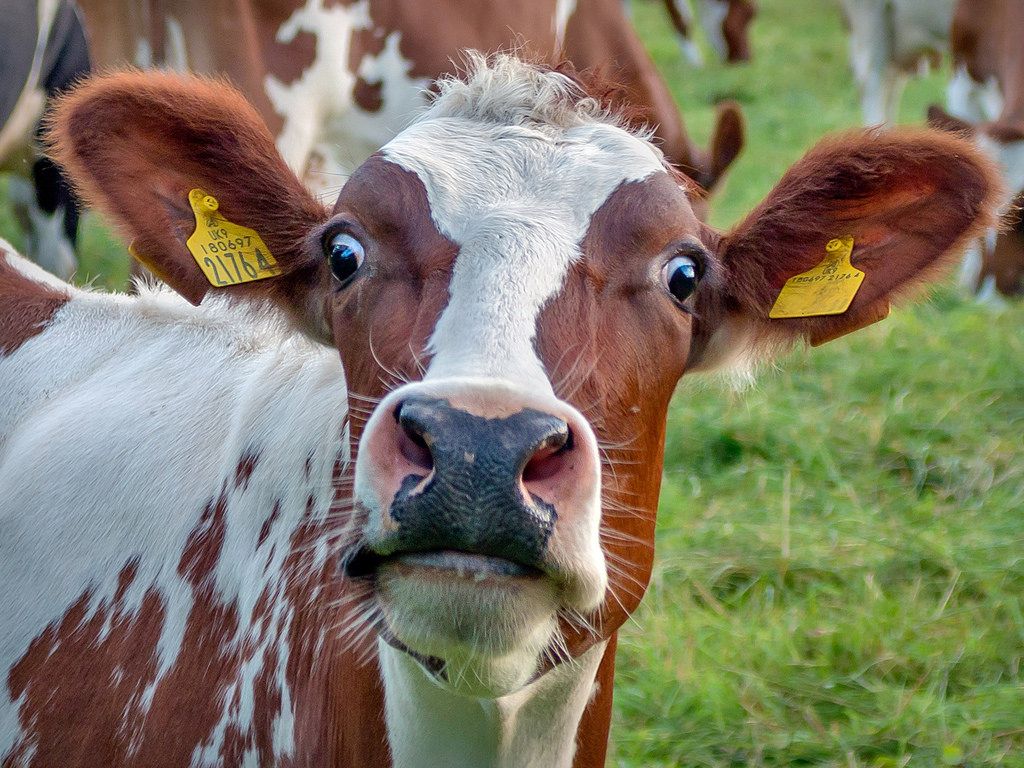 As much fun as that was, we knew we couldn’t keep our cow-poline forever. Sooner rather than later the smell would draw packs of wild coyotes who might decide to eat a living cow next. So that night we told our dad about it, and he called the farmer, who said he’d be out to bury it in a few days. In the meantime, my brothers and I returned every day to jump on our red neck bouncy castle. We even managed to get two or three balanced bounces on top of the cow, on a pogo stick.

Eventually, we heard the old farmer’s tractor ratting up our dirt road/driveway We met him on our front porch where he shook our dad’s hand, and then walked to the death site as he drove behind us. When we arrived, he didn’t even flinch at the smell. Silently and stoically, he wrapped a long, heavy chain around the cow’s head and horns and attached the other end to his tractor.

Since he never told us we couldn’t, we followed as he dragged the 1,500 pound rotting meat bag as far to the edge of his property, as far away from the rest of his heard as he could get it. Then he used a bulldozer attachment on the tractor to dig a trench the size of a small swimming pool and push the corpse into it.

Watching him bury our cow-poline was emotional. It was like losing a new friend… and the equivalent of a toy that would have cost several hundred to buy at Wal-Mart, which to poor white trailer trash like us, may as well have been a million dollars.

It took the farmer about twenty minutes to fill the trench with dirt. Each time he would turn his tractor around to fetch another mound, we’d use the window of opportunity to run at the trench, jump onto the cow, and catapult ourselves across to the other side and back as many times as we could before the tractor came too dangerously close with its next payload.

The whole time, the farmer never said anything to us. I didn’t even see him shake his head in condescending disbelief. I’m sure he was laughing at us inside. Maybe he was having too much fun watching us to make us stop. Maybe he figured if we were so starved for fun that we would risk getting buried alive for the chance to jump on a rotting corpse, then he should just let us have that. Or perhaps he was just so dumbfounded he didn’t have words.

I’ve told his story to friends and acquaintances before, and of all the crazy tales I’ve told, this one always elicits the most guttural reactions. Until I had a few girls shriek at me in horror, it never occurred to me that most people wouldn’t use a dead cow as a trampoline.

It’s funny, everyone tells you to think outside the box until you do. Then the gasp and shout, “That’s messed up! You’re freaking crazy! What the hell is wrong with you!?” Maybe I’m crazy, but maybe sometimes “crazy” is just being creative outside your comfort zone. My brothers and I weren’t trying to be creative though. We were just bored and incidentally proved the old adage, “Necessity is the mother of invention.”

If you have any stories of depraved, desperate creativity that you’re willing to admit, feel free to leave your story in a comment below.