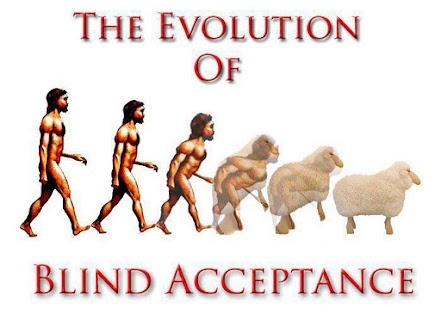 10. You own an expensive vehicle.

8. You believe that the music you listen to and the clothes you wear make you unique and/or rebellious.

Music and fashion are mass produced consumer goods no matter what label they fall under. I don’t care if you’re hip/hop, grunge, indie, metal, emo, punk, hardcore, country, death metal or classical. There’s somebody else out there listening to the same music as you, wearing the same clothes that were made in the same sweatshops, congratulating themselves for being unique just like you. But you’re not unique. You’re defining your identity by associating it with mass-produced consumer products that you’re going to stop listening to/wearing when it goes out of style. I’m not saying you can’t listen to music or wear clothes. Just don’t assume any of it makes you a rebel.

7. You don’t read or you only read popular fiction.

In order to grow and change you need to learn. In order to learn, eventually you’re going to have to read a book. If you’re not reading then you’re not learning much outside of the pop culture you’re bombarded with every day.

6. You get along with pretty much everybody.

On the surface, it sounds noble and virtuous to get along with everybody, but most people are stupid. Stupid people are afraid of ideas. Smart people have ideas. If you’re smart, stupid people won’t like you. If you get along with everybody you either don’t have any ideas to offend their stupidity with or you’re not standing up for your intelligent ideas, and if you’re not going to stand up for what’s right then you’re stupid.

5. Similar to #6: You automatically disagree with people all the time.

If you do this you probably don’t notice, but it’s pretty easy to spot when other people do it. So think about this. Non-thinking people don’t weigh pros and cons logically. They just defend what they already believe and automatically reject everything else even if it’s mundane and trivial. If it doesn’t already have a place in their mind already it’s not coming in. So they constantly disagree with other people. They think this makes them smart because they’re so “good” at coming up with arguments and playing the devil’s advocate. The more they shoot down other people’s ideas and shut them up, the smugger and more genius it makes them feel, but all they’re really doing is building a higher and higher wall around their mind.

4. Your best friends are stupid.

We hang out with people we’re comfortable with. Now be honest. Are your best friends stupid? If they are, then the reason you’re friends with them is because you’re stupid.

3. You have no philosophy or your philosophy is vague to the point of being useless.

Here’s a simple sheeple test in one question: What’s your philosophy on life? Don’t have an answer ready to go? Your mind is empty. You’re following the herd.

But don’t take my word for it. Go do a survey. Go ask everyone you know what their philosophy on life is. Most people won’t have an answer. That means they don’t know how to live. So all they can do is just follow the herd and convince themselves that whatever they’re already doing is novel and ideal. But what they’re doing is neither novel nor ideal.

A thinker would be able to immediately give you a summary of their philosophy and tell you a long, arduous story about how they came to that conclusion, and they would go out of their way to make the disclaimer that their answers aren’t conclusive, their journey isn’t over and they’ll have more to say on the matter every year.

2. You believe in religion.

All religion is mythology. It’s just stuff humans made up and told their descendants not to question. Believing something that isn’t true and refusing to consider the evidence is the definition of a blind follower. Don’t get mad at me for calling people who worship mythology sheeple, get mad at Jesus for comparing himself to a shepherd. I’m also not saying that being an atheist makes you smart and independent. There are plenty of pop atheists who have rejected religion just because it’s trendy, and that makes them sheeple as well.

I don’t say this hypocritically. I say it self-deprecatingly. Every one of us is a product of the environment we were raised in. Our most basic assumptions about life, existence, and our own identity are interwoven with the fabric of society so tightly it’s usually impossible to tell where society’s ideas end and ours begin. The world simply can’t be divided into sheeple and nonconformists. We’re all sheeple.

If you don’t think you’re a sheeple you’ll never have any motivation to analyze your beliefs and behaviors objectively to decide if you’re doing anything stupid or herd-minded. However, once you admit you’ve been guilty of following the herd your entire life then you’ll be motivated to tear yourself apart looking for the disgusting stains of society within yourself. And when you do that you’ll also find the good parts of your personality that society helped build within you.

This entry was posted on Friday, October 30th, 2009 at 1:13 pm and tagged with cultural evolution, herd mentality, pop culture, self-esteem, social progress, stupid people and posted in General Pop Culture. You can follow any responses to this entry through the RSS 2.0 feed.
« The Warhol Effect
10 Mistakes Future Generations Won’t Make »