Why Men Should Wear Nice Underwear

Women are pressured by the media to look as beautiful as possible all the time. When they go through all the time and effort to look good, it ruins the effect a little when they take their clothes off to reveal cheap underwear underneath. Women, having received a lifetime of training in how to look good, generally understand this. So it’s not uncommon for women to spend $60 for just a bra or a single pair of panties when they could easily buy a 6-pack of panties at a discount store for $15. They spend the extra money though because it makes them feel confident and turns men on.

If it’s important for women to please their men by wearing sexy lingerie it stands to reason that women deserve the same respect from men. Actually, it’s more important. Since women are pressured by the media and religions to have an irrational fear of their sexuality, when they do have sex, they’re stepping out on a limb. They’re also letting a man experience her in the most intimate way possible, which can be a little nerve-racking. She would hope that her sexual partner appreciates the gift she’s giving him, and she would certainly hope that her man realizes that sex for a woman isn’t just the mechanical, physical exercise that men sometimes view sex as. For women, sex is as much about emotional stimulation as it is about physical stimulation. Men who understand this will take steps to give women the emotional stimulation they crave while also minimizing the anxiety they may feel about sex.

There are a lot of little steps men can take to show a woman he’s not just some random jerk. You can show her that you’re worth having sex with by taking care of your body and having a successful career. You can tell her she’s special, listen to her and spend money on her. You can totally reinvent yourself as James Bond, but if you go through all that hassle, understand that it’s going to ruin the effect if you take your clothes off to reveal you’re wearing cheap, discount underwear with holes and stains in them.

If you take your clothes off to reveal a nice, elegant pair of underwear you’re sending a message to her that you care enough about her to go the extra mile for her. It’s your last chance before sex to prove you’re worth having sex with. Granted, if you’re already down to your underwear with another person you’re probably going to have sex anyway, but going the extra mile is being a good person.

Wearing nice underwear isn’t something you should only do on special occasions. Even if nobody sees your underwear, you know you’re wearing it. You should have confidence in yourself regardless of what clothes you wear, but it gives you a psychological boost when you know that underneath your clothes you’re always wearing lust-worthy underwear. That extra confidence boost can go a long way, and as you become used to feeling calm, cool and collected that confidence will become a part of your subconscious, and then you won’t have to put effort into being confident. You’ll just be confident, and that will help you get laid, not because you tricked a girl into having sex with a poser but because you’re somebody worth having sex with.

If you’re reading this thinking to yourself, “Man, you’re taking this underwear thing way too far. Underwear is just one little detail in a million,” then you don’t understand women. To women, all of the little things are big things, because they’re all details, which make up the whole picture. The finest picture has the most attention to detail, and the most repulsive picture has the least attention to any kind of standards. If you don’t think underwear is important, then don’t bother wearing nice clothes nice cologne. In the end, they’re just cheap masks hiding your cheap underwear underneath.

Unless you’re Tom Cruise, you don’t look good in old-school whitey tighties. Don’t buy them. Don’t buy flannel cotton boxers. They make you look like an old man. If your girlfriend can wear your boxers as shorts in public and not get weird looks, you’re not wearing sexy underwear. Bad underwear is basically anything you can buy at Wal-Mart or any big box store. As a general rule, avoid anything by Fruit of the Loom or Hanes. When you’re looking at a shelf of underwear, if you have the option to buy 6 different colors of the same pair of underwear in one bag for about $15, don’t buy that underwear. In fact, leave the store and go find a high-end department store that doesn’t even have that option. For a better selection, just go to Amazon.com 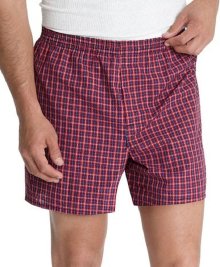 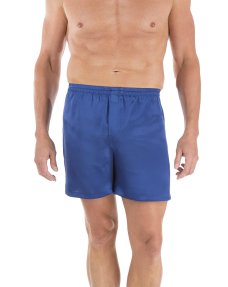 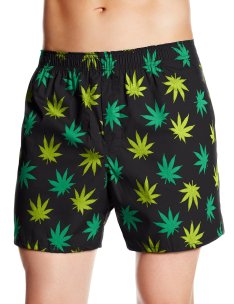 DON’T BE THIS GUY

Regardless of the price, what makes good underwear is that it’s made from better material than flannel and cotton. I can’t say exactly which material to look for. The important thing is that it’s soft and smooth. Imagine sleeping in a bed with sheets made from the same material as your underwear. The more awesome it would be to the sleep in that bed, the more you should consider buying that pair of underwear.

The most important quality in a good pair of underwear is that they look sexy. Sexy is sleek. Underwear shouldn’t hide your curves. It should accentuate them. Sexy is expensive. Sexy looks like a million dollars even if it doesn’t cost a million dollars. Sexy is enticing. If you can look at a piece of underwear and not think, “Damn. That’s sexy,” then you’re probably looking at the wrong piece of underwear. When all of your underwear looks like that then you can always be sure you’re giving the woman of your life the best show all the time. Think about this. You wouldn’t expect your significant other to always wear sexy lingerie, but if she chose to do that, you’d love it. Regardless of whether or not she gives you that permanent show, you can still give her a permanent show as a way to show her that she’s important to you and also because you’re a sexy beast. And that’s what’s sexy beasts do. They’re sexy all the time.

Specifically, Calvin Klein, Jockey, Diesel, 2(X)IST and Exofficio are all great brands as long as you don’t buy any of their floppy stuff. If you’re still not sure what sexy underwear is, then go grab a couple of girls and take them to the underwear section of an upscale department store and have them point out to you what sexy is. Since ultimately the whole point of wearing nice underwear is to please the most important woman in your life, it would be best to have her show you exactly what she likes. 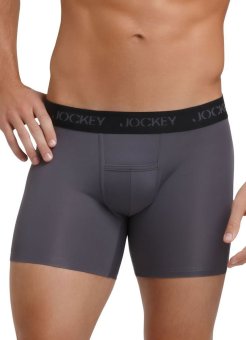 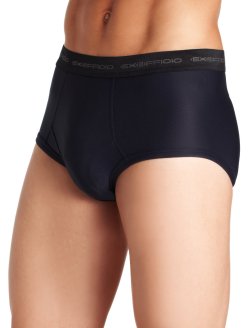 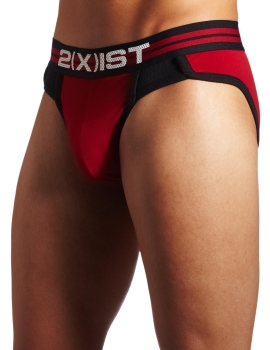